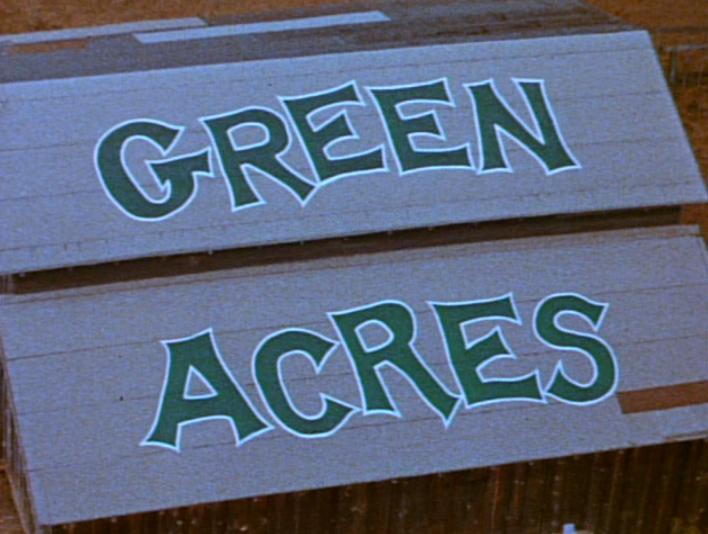 The trailers are out and the promotions have begun for the upcoming release of the new theatrical  movie The Man from U.N.C.L.E. starring Henry Cavill and Armie Hammer.  This latest film update of a classic TV series is directed by Guy Ritchie and seems (from the trailer I've watched) to capture some of the sense of humor and retro 1960s fashions and style of the earlier television project.  We'll see.  In the meantime, I thought this might make a good time to reflect back on the third season Christmas episode of The Man from U.N.C.L.E. entitled "The Jingle Bells Affair."  Did you expect anything less?


This episode's story begins with Napoleon Solo and Illya Kuryakin working as bodyguards for a visiting Russian dignitary, Chairman Georgi Koz.  The very powerful man is in the United States for a visit and to speak before a United Nations meeting in New York City.  It just so happens that Koz's visit coincides with the Thanksgiving holiday and Macy's parade.

While the men are stuck in traffic in Manhattan during the parade, we hear the details of the Chairman's visit and his political views.  It's no coincidence that the actor playing Koz resembles Nikita Khrushchev.  Khrushchev was the real-life Russian Chairman at the time of this 1960s sci-fi/fantasy spy series. 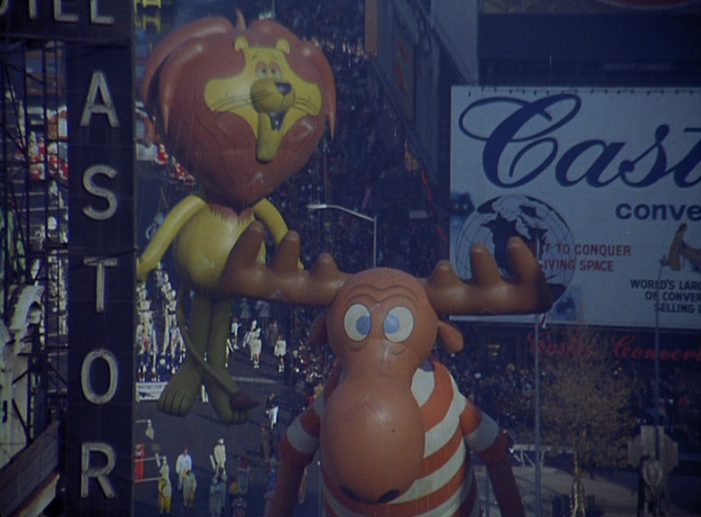 Solo and Kuryakin are escorting Koz around town in order to protect him from protestors as well as potential assassins.  Sure enough, a bomb is tossed at the entourage endangering the visiting Russians.  Bodyguards Solo and Kuryakin successfully protect Koz.  Now the men know there is someone looking to harm the Chairman--and not just the potential for a threat.

Solo and Kuryakin must investigate the bombing attempt and determine if the assassin is an angry American looking to eliminate the foreign leader or a hardline Communist who wishes to silence the Chairman's current political philosophy of co-existence.

Georgi Koz is undeterred by the assassination attempt.  He has sat in the car all morning during the parade listening to Solo and Kuryakin describe Macy's department store.  Koz wants to see it for himself!  Despite the security risks, Koz wants to tour "the citadel of bourgeoisie expectations."  Koz is doubtful and suspicious of the descriptions he's heard of the affordability and abundance of consumer goods available to the average American consumer.  Skeptical of the successes of capitalism, Koz wants to see it for himself--at Macy's department store.  When does Koz visit Macy's? On the day after Thanksgiving, of course--the first official day of the Christmas shopping season.

Koz's visit to Macy's impresses him.  He's even won over by the store's Santa Claus!  Koz wants to know more about Santa's influence on consumer affairs and asks to visit the Santa school where men are instructed to fulfill the fantasy role.  Despite the obvious security risks, Kuryakin and Solo are obligated to keep their guest happy.  They agree to escort Koz to visit a local Salvation Army mission.


Chairman Koz argues politics with a few of the down-on-their-luck persons at the Salvation Army mission but seems to be enjoying himself.  Koz even puts on a Santa Claus suit in the spirit of the season.  Again, there's an assassination attempt made on the foreign visitor which Solo and Kuryakin successfully thwart.  Koz escapes the spray of bullets that fills the mission's store front windows by escaping out a back exit.  As he flees, he is separated from his bodyguards.

Koz escapes from the deadly situation and finds himself lured by a woman into her apartment.  Away from his bodyguards, Koz's identity is unknown--he's just a man in a Santa suit.  The woman wants Santa Claus to speak to her sick child and comfort him.  Koz may be upset with how the character of Santa Claus is used to manipulate children with the decadence of Christmas but he's delighted to bring happiness to a sick little boy.  Meanwhile, Solo and Kuryakin are looking into who might be the assassin.  They know that few people were aware of Koz's surprise visit to the mission--it must be someone close to the security detail.  They begin to suspect Maxim Radish--the Chairman's right-hand man.

We learn that Solo and Kuyakin are correct.  Comrade Radish fears that Koz's interest in understanding capitalism will soften his commitment to the cause of communism.  At the least, Koz is unpredictable and Radish sees this as a threat to his hardline politics.  Radish begins another plot to kill Koz--this lethal attempt will take place during Koz' automobile ride to speak at a meeting of the United Nations.  The limo driver is working in allegiance with Radish.  Illya and Napoleon overhear the schemes of Radish--they are caught and taken captive.  You must see it to believe it--the two men are bound inside a poultry crate along with several live turkeys.

The humorous humiliation of Kuryakin and Solo continues until they manage their escape from custody.  I won't spoil it to explain how they escape--it's worth seeing it and laughing about it on your own.  But I will add that Chairman Koz's assassination is stopped because he makes the choice to exit the vehicle before he reaches the United Nations.  He gives in to a request to wear his Santa suit and speak to the little sick boy one more time.  Koz purposefully decides to help improve the life of one little boy over addressing a group of world leaders about political ideologies.  Even TV spy series get the Christmas spirit!


Although it's not hard to recognize Georgi Koz's similarities with then-Chairman Nikita Khrushchev, there are a few additional clues worth mentioning.  Earlier in the episode, Illya and Napoleon discuss restricting Koz's tour of Macy's department store because of the security risks and Koz dismisses their concerns citing the cancellation of his visit to Disneyland.  Those watching this episode when it originally aired would probably have recognized that as a direct reference to Nikita Khrushchev's visit to the United States in 1959.  Khrushchev was not permitted a visit to Disneyland because of the overwhelming security risks.  And, this episode also includes a scene of Chairman Koz banging his shoe on a table in his hotel when he becomes angered.  This is another obvious reference to Khrushchev who notoriously took off his shoe and angrily banged it on a table at a UN meeting in 1960.  Should I even ask if Khrushchev ever wore a Santa Claus suit?

Posted by Joanna at 7:46 PM No comments: