Stop motion animator Art Clokey died on January 8th. His work included several Christmas-themed programs which I'd like to acknowledge.

There are several holiday Gumby shorts. In "Scrooge Loose," Gumby and Pokey witness Scrooge, the unhappiest man at Christmas time, emerge from a Dickens book. They follow him into a book about Santa Claus and stop him when he tries to sabotage Santa’s delivery with gifts of rocks instead of toys.

In "Santa Witch," Pokey stars in his own Christmas adventure in Santa City where he helps Witch deliver toys on behalf of a sick Santa. She has broomsticks fly his sleigh and uses her own magic to enter people’s homes. She even frightens a few children expecting to surprise Santa! When she frightens the children, one can’t help but recall a similar scene in Tim Burton’s Nightmare Before Christmas.

In "Pigeon in a Plum Tree," Gumby and Pokey read a book about Prince Harold’s attempt to please his sweetheart with the gift of a Pigeon in a Plum Tree--instead of the more preferred Partridge in a Pear Tree. Pokey enters the story to help the good-hearted Prince. Though more loosely associated with the holiday, it does refer to other elements within the song "The 12 Days of Christmas."

And, the spiritually-minded TV series, Davey & Goliath includes several holiday installments including "Christmas Lost & Found." Here, Davey doesn’t seem to feel the Christmas spirit one year although he goes through all the motions: shopping, decorating, eating Christmas cookies and participating in a Nativity pageant. Davey doesn’t “feel” the Christmas spirit until he sacrifices his plum role as a king in the pageant to another boy who would also love to participate. Check out Goliath in a camel costume for the Nativity pageant.

In "New Year's Promise," Davey is excited to ring the church bells at midnight to usher in the new year. He resolves to not yell at his little sister Sally in the new year but she misreads his lack of communication as anger and she runs away.

And, the most recent update of the series includes a new episode from 2004 entitled "Snowboard Christmas." It is easily available for viewing on DVD.

Clokey's influence on animators and audiences is widespread. Homage and parodies abound. If you grew up watching TV in the 1960s and '70s, these animated programs surely left a distinct impression. Because he was Art Clokey, dammit!
Posted by Joanna at 12:50 AM 4 comments:

Is everybody watching the new season of Big Love? Harry Dean Stanton is insane.
Posted by Joanna at 1:18 AM No comments:

I received an email today from one of my book readers who shared a fantastic-sounding, weird Christmas episode. He alerted me to "Silent Panic" a 1960 episode of the anthology series The Dupont Show With June Allyson. This episode stars Harpo Marx in a rare dramatic role as a deaf mute who works in a department store holiday window display as a mechanical man. On the job he witnesses a murder for which he is pursued by the killers, unaware that he is a deaf mute. The episode is also noteworthy because it starred actor John Banner and was directed by Arthur Hiller. I'm dying to see it!! Many thanks again to Matt for sharing this off-beat Christmas episode.
Posted by Joanna at 11:42 PM No comments: 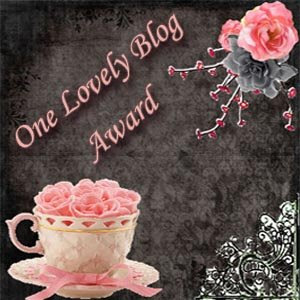 "You like me. You really like me." Please indulge me while I misquote Sally Field's Oscar acceptance speech because this is my first blog award. How very nice indeed. Thanks to Made for TV Mayhem for bestowing me with this honor. She appreciates the many hours I've spent watching The Brady Bunch which I've always believed to be its own reward.

In winning this award, I'm supposed to name 15 other noteworthy blogs. In no particular order:

Classic Film and TV Cafe There's always a fascinating discussion or post about a classic film or actor.

I Screen, You Screen She covers the best of the current TV scene!

Culture Kills...Wait I Mean Cutlery Pop culture with an attitude. I love it!

John Kenneth Muir's Reflections on Film/TV An award-winning author who writes about Sci-Fi, Horror, and Pop Culture. He's the expert.

The Film Frontier For all things Elvis, Star Trek, Star Wars and Superman, check this out.

Opinionated? Me? Passionate about books and a fun, sassy reviewer!

The Retroist This blog takes all things retro Pop Culture to the next level.

Pop Cereal Anyone who is a fan of both Saturday morning's Isis and A Christmas Carol with Alistair Sim is worth checking out.

TV Party blog Billy Ingram's website is THE TV fan space, and his regularly updated blog will keep you in the loop.

Wonderful Wonderblog Last December, I was obsessed with looking at the Star Wars Christmas LP album cover art at his site!

And for the Addiction Award: Awful Library Books Hilariously outdated library books posted and commented on by your friendly neighborhood librarians. I can't stop reading it!

Can you tell I'm into TV, film and books? I wish I had more time for more things!
Posted by Joanna at 10:41 PM 1 comment:

Email ThisBlogThis!Share to TwitterShare to FacebookShare to Pinterest
Labels: award

I saw that the PBS series Antiques Roadshow made the news today. Yesterday's episode contained a collection of carved jade objects from China that have received the highest appraisal in Roadshow history. I love it when the appraisers get all excited!

Have you seen the Providence, Rhode Island episode (Part 2) from 2006 where two of the puppets (Rudolph and Santa Claus) were appraised from the original 1964 production of the Rankin/Bass Animagic classic, Rudolph the Red-Nosed Reindeer Christmas TV special? How much would you pay for those two treasured pieces of American history?
Posted by Joanna at 12:59 AM 1 comment:

Well the annual New Year's Twilight Zone marathon is over. This year they broadcast episodes for 46 hours of the classic series during the New Year's holiday on the Syfy channel. I found myself repeating the phrase "Oh, I LOVE this one!" with each and every new opening credit sequence. It was annoying but true. Even though I attended several parties and had work to do in another room, I left the TV on even when I wasn't watching it. This year's marathon seemed to be airing the Earl Hamner Jr.-written episodes every time I walked into the room.

I had to get out my Twilight Zone Companion book and read along with many of the storylines. My book was a Christmas present in 1982--it's pages are dog-eared, brownish and written on. It even has a water stain across all the pages from a beer spill from when I lived in the dorms in college. And, it still contains several pieces of notebook paper jammed in between the pages with notes and scribblings from many years past. This is a very treasured possession--and still a valuable resource on just these occassions.
Posted by Joanna at 1:11 PM 2 comments: