Mickey & Minnie's Gift of the Magi

I've been reminiscing about some of my favorite adaptations of O.Henry's short story The Gift of the Magi.  Though the story has been re-told dozens of times, a few of these TV and film adaptations stand out.  I've already shared two film versions.  Click HERE to return to the post on 1952's O.Henry's Full House and click HERE to return to the 1978 TV movie version The Gift of Love. 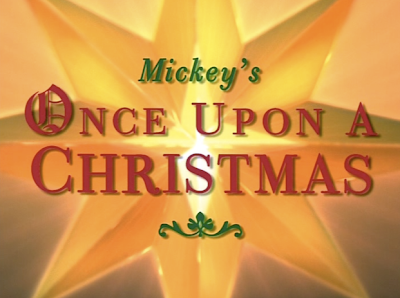 Another outstanding version was made by Disney in 1999.  The feature-length animated video Mickey's Once Upon A Christmas is a collection of three holiday stories with the third being the segment Mickey & Minnie's Gift of the Magi.  Is watching this video a Christmas tradition with your family?

In Mickey & Minnie's Gift of the Magi, Mickey's most treasured possession is a harmonica while Minnie's is a gold watch she wears from a string around her neck.  Minnie wants to buy Mickey a case to keep the harmonica safe and Mickey plans on buy Minnie a gold chain to better show off her beautiful timepiece.  However, both are broke during the holidays.


Mickey works at Crazy Pete's Christmas tree lot and hopes to use the tips he earns on Christmas Eve to buy Minnie's gift.  But the honest mouse can't exploit his customers (like Crazy Pete wants him to) and so Mickey's earnings are small.  Meanwhile, Minnie works at the department store wrapping gifts and is counting on her Christmas bonus for the money to buy Mickey his gift.


She too is disappointed with her earnings on Christmas Eve when her boss Mr. Mortimer gives her a fruitcake in lieu of cash.  Mickey is on his way to the pawn shop after work when he's stopped by members of the fire department who ask him to play his harmonica for a charity toy drive event.


Mickey can't say no in trying to help them raise money for a worthy cause and his Christmas music attracts attention from many people in town who then donate toys and items.  But he loses track of time and arrives at the pawn shop after it closes.  Mickey presses the shop owner to open and let him sell his harmonica--and the mouse is lucky enough to convince another soft-hearted person, like himself, and the shop owner lets Mickey into the store.


On Christmas Eve night, Mickey and Minnie exchange their gifts only to discover that each sold the one item they valued the most in order to buy something for the other.  What makes this adaptation stand out is that this is a version clearly accessible to the whole family.  It's likely that familiar characters such as Mickey and Minnie can hold a young child's attention in such a way to expose them to a story from classic literature.


What's also outstanding is that the story is simplified and helped along by a narrator, voiced by Kelsey Grammer, clearly presenting the messages that this story is about love, and gift giving means more when it's given from the heart.  The familiar story about sacrifice is a bit brighter here as it is simplified for children, reminding us all that giving up what we love the most for someone else is perhaps the best way to show that we care and love another.  It's really quite tender--and filled with the holiday spirit. 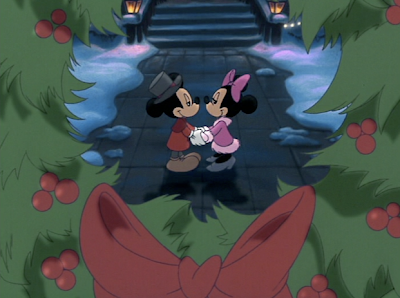 Do you watch Mickey's Once Upon a Christmas with your family every year?  How about it's sequel 2004's Mickey's Twice Upon A Christmas?  What's your favorite children's version of The Gift of the Magi?  Next I'll be sharing my favorite--Emmet Otter's Jug-Band Christmas.
Posted by Joanna at 11:32 AM

Email ThisBlogThis!Share to TwitterShare to FacebookShare to Pinterest
Labels: Disney, O. Henry, The Gift of the Magi