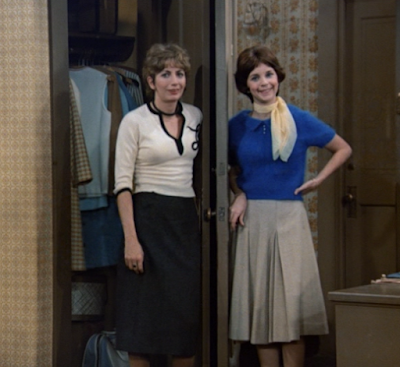 I've shared some fantastic conversations this holiday season about Christmas entertainment.  I've been fortunate enough to be asked to participate in several podcasts over the last several weeks.  If you've got some down time during the holidays, give these a listen and join the conversation. While I've been posting the links to these podcasts on my social networking sites, I'd like to provide all the links here as well. These podcasts are all free--so enjoy! 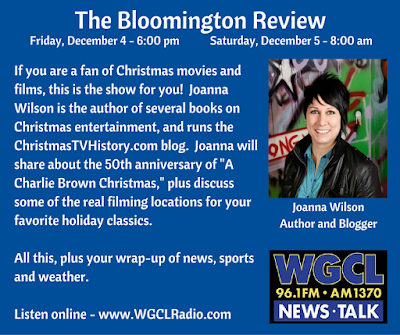 Jim Inman Jr. and I spoke about A Charlie Brown Christmas' 50th anniversary and some holiday movie shooting locations. Click HERE for the link to that audio recording. 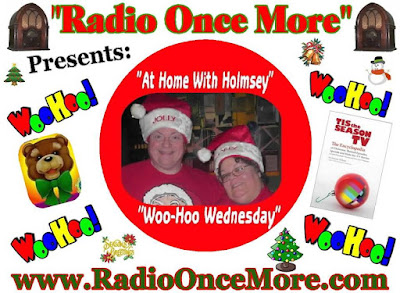 I was also invited to return to the show "At Home with Holmsey" to talk with Johnny and Helen Holmes. They are two of my favorite people with terrific spirits. Our conversation was broadcast on the old time radio network Radio Once More--but can also be heard at your convenience at the Holmsey Blog HERE at this link. We discuss the 1963 Christmas episode of The Dick Van Dyke Show, the 1973 TV movie Miracle on 34th Street, the classic animated TV special Santa Claus is Comin' to Town, the 1964 Christmas episode of The Flintstones, and more! 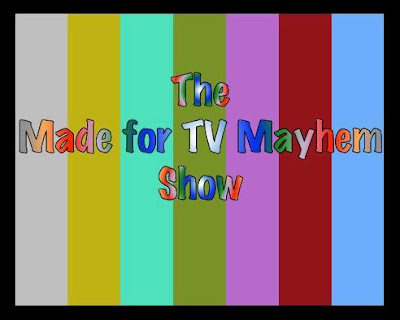 Last but not least, I invite you to listen to the Made for TV Mayhem Show.  I join Amanda Reyes and Daniel Budnik in 2 podcasts about our favorite holiday entertainment.  In the first podcast, we discuss the 1972 TV movie Home for the Holidays and the 1988 TV movie A Very Brady Christmas.  In the second podcast, we discuss the 1991 British TV movie Bernard and the Genie and our favorite holiday specials. The Made for TV Mayhem Shows are available through iTunes and at the Made for TV Mayhem Podcast website. HERE is the link for Show #1 and HERE is the link for Show #2. 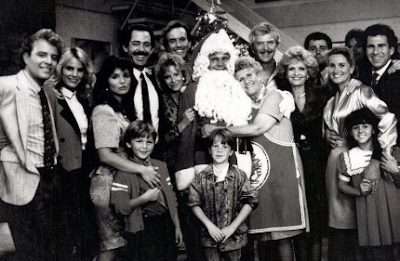 While you're at it, you should just follow along with all of these podcasters all year long.  Here are  passionate discussions of classic film and TV entertainment to enjoy throughout the year.  If you'd like to add to the conversations you hear in any of these holiday podcasts, you can leave your comments on this website or at the websites with the audio links.  Thanks for listening.

Posted by Joanna at 9:21 PM No comments: 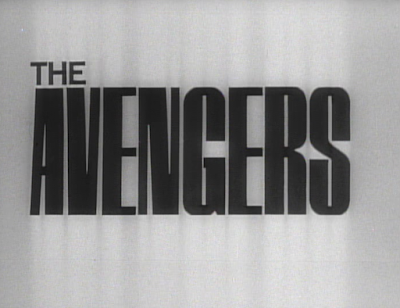 No--not the Marvel superheroes. I'm talking about the 1960s cult TV series.  The 1965 episode "Too Many Christmas Trees" features the characters Mrs. Emma Peel and John Steed in an espionage story with sci-fi elements and a touch of the surreal. It's not just the holiday episode--it's also a quintessential installment of the British TV series.

If you haven't seen it in a while, let me remind you about it.  The episode begins with Steed experiencing a disturbing dream. Later when he describes his dream to Peel, they discover that some of the elements in Steed's dream have since come true. Steed's long time friend--a rear admiral that he feared may have shared top secrets--had appeared in Steed's dream as deceased. Now the morning's newspaper announces that the rear admiral has been found dead!


In an attempt to dismiss feelings of unease, Emma invites John to a Christmas house party. Upon arriving, John feels like he's already familiar with the location and the structure of the home. How could he already know a place where he's never been before?

The Christmas party is hosted by Brandon Storey, a publisher and an aficionado of the works of Charles Dickens. His large home is filled with Dickensiana--and each room is decorated on a theme to match one of the great author's literary tales.


Steed and Peel are excited for the upcoming Christmas party.  Costumes of Dickens' classic characters are being prepared for each party guest.  However, John is still feeling bothered by the content of his dreams and a brief afternoon nap only brings more disturbing visions.

Emma is given an Oliver Twist costume to wear and John dons a Sydney Carton outfit. It seems like too much of a coincidence that Steed would dream of guillotines in the afternoon and randomly be assigned a Sydney Carton (from A Tale of Two Cities) costume after that.  Emma and John have many questions about these nightmares.


I just love this episode because it cleverly skirts around several mind-bending topics including psychoanalysis, extra sensory perception, telepathy, and seánces in an attempt to suggest, manipulate and control Steed's mind.  This is a dangerous set of conditions for a master spy with many secrets to keep!  When Steed is no longer sure if he's awake or he's asleep, and Emma begins to question if John is cracking up, viewers know that more trouble lies ahead.


Even if you think this 1960s series moves a bit slow by today's viewing standards, you'll look forward to the confrontation scene with Emma Peel gracefully kicking ass. To match the confusion between being awake and being asleep, between the future and the past, and between the sane and insanity,
the confrontation takes place in a hall of mirrors where no one (the good guys nor the bad guys) can easily distinguish between the mirrored reflections and what's real.

This is one of those episodes you need to watch for yourself. Avengers fans will get a huge kick out of the Cathy Gale reference early in the episode.  John receives a Christmas card from his previous partner--sent from Fort Knox!  This is a wink to actress Honor Blackman's role as Pussy Galore in the James Bond movie Goldfinger since leaving The Avengers series.

Readers of Dickens' books will also love this episode because it is filled with literary references. Of course, Emma quotes Oliver Twist after putting on her costume and Steed is tortured by the guillotine in his dream after being given the Sydney Carton costume. But there are other references as well including a party guest dressed as the Ghost of Jacob Marley found seated at Miss Havisham's cobweb-covered table.

It's not everyday that a Christmas episode can pack in Dickens literary references, psychoanalysis, a threat to national security, and a James Bond movie reference!  Do you have a favorite 1960s Christmas TV episode?