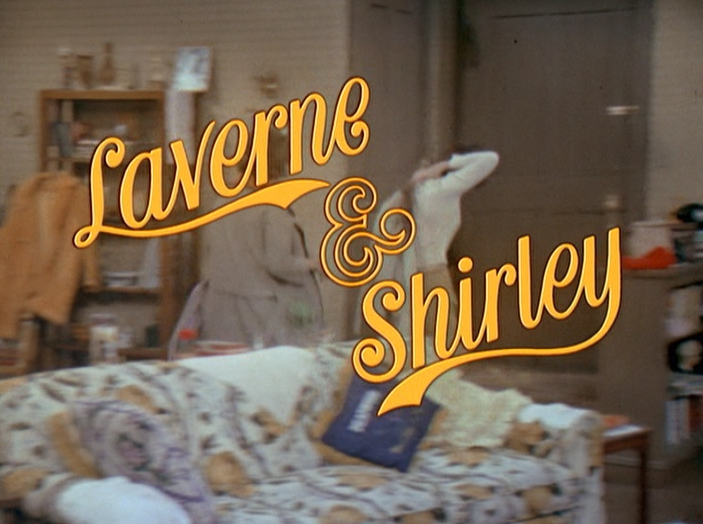 Last December, a group of us tweeted during the airing of this 1978 episode on MeTV's marathon of holiday programming. Thanks again to everyone who joined me during the Twitter Party--I had a lot of fun, as usual. Do you follow me on Twitter? I post daily Christmas TV listings, links to new posts on this blog, and other Christmas entertainment updates at @TistheSeasonTV.


"O Come All Ye Bums" begins with Shirley and Laverne decorating their Christmas tree and preparing for the upcoming holiday. A knock at their front door produces Rags, the neighborhood hobo (Laverne calls him a bum--a label Rags himself embraces even after Shirley protests.  I think viewers are supposed to see Rags as destitute--perhaps even homeless--but a friendly, well-known character in their neighborhood.)  Rags has come to Laverne's apartment to ask about her father Frank and the annual Christmas dinner for the needy at the Pizza Bowl.  Laverne promises to track down her father and find out about his plans for the dinner.


Later, we see Laverne and Shirley Christmas shopping at Meckler's department store.  The roommates' attention is drawn to the store's Santa Claus and his assistants.  Lenny and Squiggy are earning extra Christmas money working as Santa's fairy and elf.  Much to Laverne's surprise, her father Frank is working as the store's Santa Claus in order to earn some additional money he needs in order to pay for this year's charity dinner at the Pizza Bowl.  But we know Frank is quick to anger.  After one naughty child pulls on Santa's beard, a ruckus ensues that catches the attention of the store manager.  Sure enough, Santa is fired from his job!

If Frank can't afford to feed the needy at the Pizza Bowl this year, the gang decides to come together and help raise funds themselves.  Carmine, Laverne, and Shirley stand on a street corner in downtown Milwaukee to carol and collect money.  Unfortunately, the gang occupy a busy street corner--one where a bell-ringing Santa Claus and a Salvation Army band are also fundraising for charities.

There's stiff competition between the three groups for the attention of people passing by on the sidewalk.  Eventually, the escalating noise levels between the three groups attracts the attention of a police officer.  Laverne, Shirley, and Carmine, who don't possess a license to solicit money, are required to stop fundraising.  How will they ever be able to afford to feed the needy this year?

On Christmas Eve, Frank is troubled because he feels that he's let everyone down by not being able to host the annual charity Christmas dinner.  When Laverne arrives, she's accompanied by the neighborhood's needy who have all brought one food item with them! Although they won't be feasting on turkey and all the traditional fixings, Rags and his group remind everyone at the Pizza Bowl that they look forward to Christmas dinner each year as a time to spend with their friends--not for the meal itself.

After everyone feels the warmth of friendship this holiday, Lenny and Squiggy arrive at the party bearing a roasted turkey and stuffing.  It turns out a local butcher offered to give Lenny and Squiggy a complete Christmas dinner as long as they agreed to never date his daughter again.  Everyone is happy this Christmas season!

I think my favorite scene of this episode is the closing tag.  Shirley finds Laverne sitting under the tree early Christmas morning eager to exchange gifts.  The friends rip open the wrapping on their gifts at the same time--to uncover identical gifts.  Each roommate has given the other an autographed, framed photo of Elvis Presley.  Although both women are very happy with the new 8x10s of their singing idol, Shirley responds, "At least I spelled 'Presley' correctly." This classic punchline cracks me up every time I hear it.

Are you interested in joining a twitter Christmas party in July?  Since Christmas programming airs year round, I'm thinking we should be able to find something fun to watch during the month of July that we can all watch together and comment on at Twitter.  Are you interested?  Leave your comments below.