It is with great pain that I finally announce that the Christmas in July event that I host each year here will be canceled for this summer. Both professionally and personally, the year 2020 has been a daunting challenge for me so far. The publishing world is in chaos as fellow writers and authors have all had their projects pushed back for release--myself included. If you haven't already seen on social media:

the updated and expanded 2nd edition of the encyclopedia Tis the Season TV has been rescheduled for release in 2021. This year (2020) would have been the tenth anniversary of the first edition and I have been working feverishly toward getting the next edition to print. Since this effort has been ten years worth of improvements and expansion, it only makes sense to ensure its release is on the best possible footing. As hard as it is to accept, I'm patiently waiting until book publishing, reviewers, and sellers are back to business before releasing the book. The worldwide pandemic continues to create rippling effects on health and business.

A second unexpected circumstance has pushed me to canceling the summer's Christmas in July blogathon. The pandemic has effected my family such that I'm merging my household with several family members and we're moving to another house. Organizing the typical Christmas in July festivities this summer is impossible.

However, I hope you'll join me in another project this summer. I've been recently motivated to explore even further on black entertainment, and the history of African-Americans starring in and making television. Below you'll see a brief list of reading recommendations, as well as lists of Christmas TV episodes, specials, and movies featuring black artists. Please feel free to leave comments with your own recommendations too. I would love for this to become a valuable resource for us all. As always, please support your local libraries, make purchase requests, and inter-library loans as a way to strengthen your communities (for both books and visual media). If you don't immediately know where to watch the TV programs listed below, google "where can I watch (add title)" and the search engine will list the platforms available. 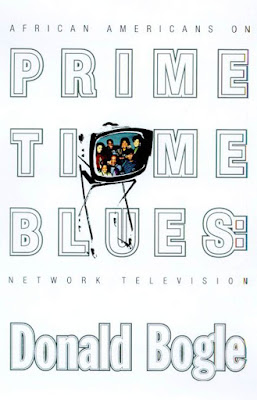 READING LIST: I highly recommend Donald Bogle's Primetime Blues: African Americans on Network Television. This is an impressive book that I have used and referred to quite a bit in the past. I highly recommend it. I'm going to try to read a couple new-to-me books on the subject as well, including Watching Race: Television and the Struggle for Blackness by Herman Gray,
Color by Fox: The Fox Network and the Revolution in Black Television by Kristal Brent Zook, Sitcommentary: Television Comedies that Changed America by Mark A. Robinson,
Pimpin' Ain't Easy: Selling Black Entertainment Television by Beretta E. Smith-Shomade, and Revolution Televised by Christine Acham.

CHRISTMAS TV MOVIES: I highly recommend viewing
Greyson Family Christmas (2019) inspired by the 1967 movie "Guess Who's Coming to Dinner," this thoughtful rom-com acknowledges some of the complexities and layers of cultural conflict for an inter-racial young couple. While most escapist, fantasy Christmas TV movie stories go the extra mile to avoid conversations like these, this movie takes on this contemporary hurdle to love in an authentic and sincere way.
A Dream for Christmas (1973) a reverend and his family in 1950 move from rural Arkansas to Los Angeles to start a new life and church. The cast includes Hari Rhodes, Beah Richards, and Lynn Hamilton.
Roots: The Gift (1988) a TV movie follow-up to the groundbreaking mini-series "Roots," with characters from the book by Alex Haley.  This story’s plot focuses on Kunta Kinte’s efforts on Christmas Eve 1775 to shuttle slaves to freedom on the developing underground railroad. Louis Gossett Jr. and LeVar Burton return to their original roles. The TV movie is directed by Kevin Hooks.
Christmas Lilies of the Field (1979) the made-for-TV sequel to the much-beloved 1963 theatrical release "Lilies of the Field." Here, Billy Dee Williams takes over the role of Homer Smith, the role which garnered Sidney Poitier the Academy Award for Best Lead Actor in the original film.
Ms. Scrooge (1997) and A Diva's Christmas Carol (2000) both imagine African-American women in the central role as Ebenezer Scrooge in TV movie adaptations of Dickens' A Christmas Carol (played by Cicely Tyson and Vanessa Williams, respectively).
Call Me Claus (2001) sees an African-American woman (Whoopi Goldberg) asked to become the next in line to replace a retiring Santa Claus. 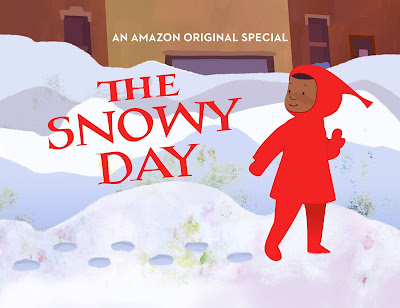 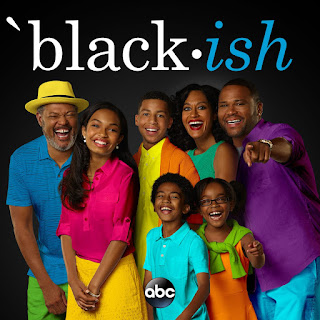 CHRISTMAS TV EPISODES: I highly recommend viewing
Black-ish (ABC) the thoughtful sitcom has produced Christmas episodes in each of its six seasons. The new spin-off Mixed-ish also includes a Christmas episode.
Gullah Gullah Island (Nickelodeon) the adorable children's series draws upon the unique cultural heritage of the Gullah, the African-Americans that live along the coasts of South Carolina and Georgia. The 1997 Christmas episode is charming.
The Proud Family (Disney) the animated series includes a 2001 holiday episode with the Prouds taking in a homeless family at Christmas. The homeless family shares their Kwanzaa celebration and everyone better understands one another.
Good Times (CBS) the comedy series' four holiday episodes (three Christmas and one New Years) explore the family's strength concerning alcoholism, friendship, and adoption. I also like the 1978, sixth season Christmas variety show-within-a-show.
Pose (FX) this ground-breaking drama includes the largest cast of trans actors ever assembled for television. The first season Christmas episode explores themes of re-defining family, and pursuing happiness for the holidays.

I feel like these lists barely scratch the surface for books and TV that demand to be read and watched. Again, please feel free to add your recommendations for meaningful black Christmas entertainment in the comments below. I'm sorry there won't be a Christmas in July party this year--I miss it and it's not even July yet. But we'll do Christmas in July even bigger next year!