Little House on the Prairie Christmas (1974) 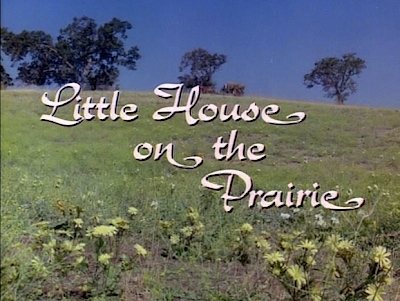 Hopefully you've been following along the last several weeks as I've been reminiscing about some of the best and most interesting film and TV adaptations of O.Henry's popular Christmas short story The Gift of the Magi.  So far I've discussed the 1952 film O.Henry's Full House, the 1978 TV movie The Gift of Love, a segment within 1999's Mickey's Once Upon a Christmas, and 1977's Emmet Otter's Jug-Band Christmas, the 1996 Finnish-made operatic version The Gift of the Magi,  and the 1979 sitcom version on Alice.  Another outstanding TV adaptation was made in 1974 on the pioneer/western drama Little House on the Prairie.  Please don't tell me that you've never seen this classic first season episode!?


In the first season episode entitled "Christmas at Plum Creek," each member of the Ingalls family works hard and makes great sacrifices in order to get gifts for the others.  Though none of them has much money, they each have the desire to make this first Christmas in their new home a special celebration.

The oldest daughter Mary decides to take on an afterschool job working with the town's seamstress.  Ma begins to sell more of her chickens' eggs to the Oleson Mercantile to raise additional monies, and Pa offers to re-build a set of buckboard wheels that Mr. Oleson says he'll buy.  Everyone is busy planning on a special Christmas--everyone except Laura who can't figure out a way she can earn any money.


Though the story unfolds slowly, in the end it becomes clear what has happened.  On Christmas morning as the family opens their gifts, we see that Laura has knit her father a scarf, Laura is given a  horse saddle from her father, Mary receives a rabbit fur cape made by her parents, and Pa receives a hand sewn shirt from Mary.  Surprised by her daughter's gift, Caroline hides the handmade shirt that she has sown for Charles--so as not to lessen Mary's gift.


Then Caroline opens the crate that was delivered to the home--it's the iron stove that she wanted.  The attached card says that the expensive gift is from Laura!  Caroline and Charles are more than surprised--but a knock at the door answers all their questions.

Mr. Oleson has come to collect Laura's most treasured possession, her horse Bunny.  Laura sold Bunny to her least favorite person Nellie Oleson, in exchange for the stove for Ma.

Though Caroline doesn't want Laura to sell her horse for a stove for her, Charles urges Ma to accept the gift in the spirit in which it was offered.

After the Olesons leave, Laura begins to cry and not because her beloved horse is gone but because Pa spent so much time making her a saddle for it.  At this point in the story, unless you're made of stone, you'll find yourself crying along with all the members of the Ingalls family.  It's a very heartwarming story, to say the least.  There's one last Christmas gift to open--baby Carrie reminds them that she has a gift to give.  After finding a penny, she has gone to the store to buy a gift for Baby Jesus.  It's a shiny star ornament for the top of the family's Christmas tree.


Not only does this western drama take on story elements from O.Henry's classic story The Gift of the Magi--Pa gives Laura a saddle for a horse that she sells for the money to buy Ma an iron stove.  But "Christmas in Plum Creek" emphasizes a different dimension to giving gifts as well.  Here, Caroline puts away her handmade shirt to Charles to protect her daughter's feelings when Mary makes Charles a shirt.  Charles gladly embraces Laura when she feels badly about all the effort he put into getting her a saddle for the horse she sold.  And, Caroline loves her daughter enough to allow her to make this big sacrifice  (selling her horse) to show her mother how much she loves her.  Where's that box of tissues?

Are you a Little House on the Prairie fan?  There are several more Little House Christmas episodes--is there one you like more than this one?
Posted by Joanna at 11:01 PM

Email ThisBlogThis!Share to TwitterShare to FacebookShare to Pinterest
Labels: O. Henry, The Gift of the Magi, western