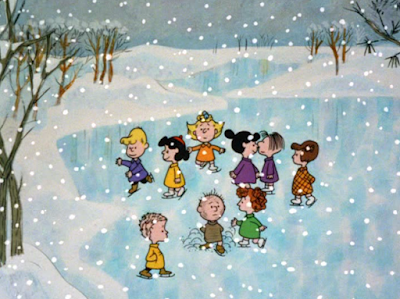 This year marks the 50th anniversary of the first airing of the animated TV special A Charlie Brown Christmas. It's hard to imagine celebrating the holidays without watching this animated classic. As soon as I see the opening shot of the Peanuts gang ice skating on the pond and hear the first few bars of "Christmas Time is Here," it feels like Christmas to me. This animated special really puts me in the holiday mood and I know I'm not alone. 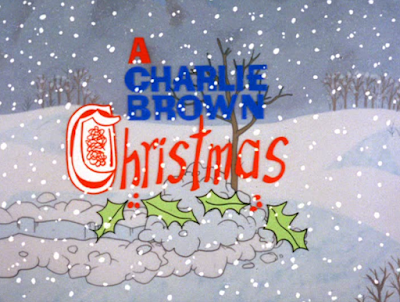 A Charlie Brown Christmas is so popular that it has been broadcast every year in prime time on a major network since its debut in 1965. It has also been honored with an Emmy award for Outstanding Children’s Program. It was the first of many more animated TV specials featuring the Peanuts comic strip characters by artist Charles Schulz (there were a couple feature-length theatrical release movies too).  And, A Charlie Brown Christmas is the first of four more Christmas/New Year's animated Peanuts TV specials.


A Charlie Brown Christmas has grown so popular and has been watched for so many decades that viewers may not recognize how truly different this program was from the other Christmas television specials produced in the 1960s.  For one thing, it used actual children to record the voices for the young characters--several of which were without any professional experience. This is out of the ordinary for animation made back then as it is now. Recall the context: the first original animated Christmas TV special Mr. Magoo's Christmas Carol (1962) proudly featured a celebrity voice cast as did Rudolph the Red-Nosed Reindeer (1964) and the animated classics that followed, including How the Grinch Stole Christmas (1966), and Frosty the Snowman (1969). When celebrities weren't used, professional actors with experience working in animation were hired.  To choose to step outside this tradition to use unknown actors and children at that, was unorthodox.


Also unorthodox was the use of a jazz score--a very uncommon style of music for children’s entertainment.  In 1965, jazz was still considered nightclub entertainment of an adult nature (jazz musicians were known to smoke illegal cigarettes!?--or worse).  Musician Vince Guaraldi was already a Grammy winner (for the song "Cast Your Fate to the Wind") when he was asked to write the music for this holiday special. However jazz was considered by many people in the mainstream at that time to be inappropriate and perhaps even poor taste for children's entertainment.  Its use in A Charlie Brown Christmas should be seen as cutting edge. Now, it's impossible to imagine this Christmas special without its one-of-a-kind soundtrack and its sassy attitude.  A side note: the composition "Linus & Lucy" by Guaraldi was introduced in A Charlie Brown Christmas and became the signature Peanuts theme song incorporated again and again in many of the later Peanuts animated TV specials.

But perhaps even more controversial, A Charlie Brown Christmas includes the story of the Nativity recited by Linus as a response to a question about the meaning of the holiday.  Linus quotes the book of Luke, chapter 2, verses 8-14 of the King James version of the Bible.  It isn’t just a humanist or spiritual message but a religious one.  And, this religious message was spoken by a child in a cartoon--not by a religious leader or an authority figure.  The power of this moment comes to us delivered out of the mouth of a babe--as if this child doesn't quite know to restrain his speech or to hold himself back from speaking the truth. Peanuts fans know Linus as the wise philosopher character among the other children.  This religious message was quite daring for the creators of this TV special. The unconventional delivery of a sensitive message on prime time television was not only risky but unusual.


The message is made even more complex as Linus’ response is given as the antidote to Charlie Brown’s frustration and disappointment with the commercialization of the holiday.  The TV special challenges the commercial nature of the very medium of which it is a part.  This rebellious message combined with the jazz soundtrack results in a far more irreverent and provocative holiday program than one expects for the 1960s.  Remember--this is decades before David Letterman and The Simpsons made TV industry bashing a common sport on television. What could easily have been a forgettable children’s cartoon turns out to be thought-provoking animation.  I believe it also explains a significant part of A Charlie Brown Christmas' lasting legacy.


Which are your favorite moments? The opening sequence with the melancholy song "Christmas Time is Here" while the children ice skate on the frozen pond--Charlie Brown assisting his little sister Sally in writing her letter to Santa Claus--Snoopy’s prize winning display of Christmas decorations on his dog house--the children dancing before the Christmas stage play rehearsal--the gorgeous, stylized Christmas trees at the tree lot that are pink, yellow, polka-dotted and even plaid--Lucy’s inability to recognize the song "Jingle Bells" played on Schroeder’s toy piano--Charlie Brown’s little tree that droops over when he places a red ornament on its branch--the children singing "Hark! the Herald Angels Sing" in the snow at the end.


The original program was edited for subsequent broadcasts.  Several scenes were slightly altered to remove the original images of Coca-Cola, the first sponsor of the TV special.  More cuts have been made over the years to allow for more commercials.  However, in recent years the network ABC has restored the full length version and on occasion will broadcast it as the unedited version.  But be careful--they also broadcast the shorter version too.

A Charlie Brown Christmas airs twice on ABC this year--on Nov. 30th and again on Christmas Eve. It is being paired with a new hour-long musical tribute hosted by Kristen Bell.  If you're looking for more to watch, dig up the 2001 half-hour documentary hosted by Whoopi Goldberg which gives more commentary and history of the animated Christmas classic.

Won't you join me in watching it again this year? I hope to be watching it for the next 50 years as well. Enjoy!