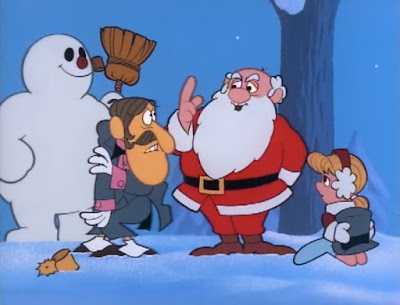 I agree with the many participants who said that Edmund Gwenn in Miracle on 34th Street (1947) is the perfect Santa Claus. But there are others either equally intriguing or at least interesting, whether in animated form (e.g., The Flintstones) or live-action (e.g., The Brady Bunch, I Love Lucy). Of all of them I think I'll pick Santa Claus in Frosty the Snowman (1969). Each of the Rankin/Bass specials that feature Santa Claus has a slightly different take on the beloved figure, and here I like his firm command of Christmas magic as he explains how a good jolly December wind will bring Frosty back to life. And of course his voice is performed by the great Paul Frees so how can I resist? 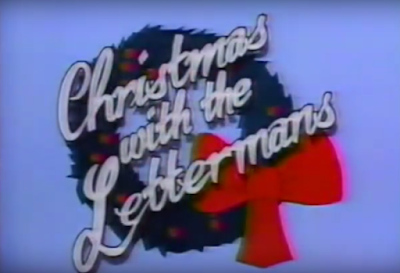 Again so challenging to answer. There is the gold standard "Christmas and the Hard Luck Kid II" from The Mary Tyler Moore Show which is the one holiday episode I make sure I see every Christmas time. And I agree with George Prentice about the annual The Late Show with David Letterman holiday show on CBS featuring Darlene Love and (best of all) Paul Shaffer's  timeless impersonation of Cher singing “O Holy Night.” But that only reminds me of a bona fide classic that I am lucky enough to have on video tape: Christmas with the Lettermans, David Letterman's 1984 spoof of a 1960s Christmas special complete with a phony family for Dave and classic guest stars such as Pat Boone and the Doodletown Pipers, as well as everyone’s dream holiday visitor, Brother Theodore. Weird, disturbing and affectionate in an odd (very odd) way it's a wry, ironic and downright demented tribute to some of the cheesier holiday themed variety specials we have been subjected to. (Of course we always watch them anyhow.)

I try to watch holiday specials, shows, movies and other programming only at Christmas time because to watch them other times of the year, for me at least, makes them seem less special. Having said that I will usually sneak something in July or thereabouts—often inspired by the in-depth answers right here at the annual Christmas TV History questionnaire!

I watch Christmas programming anyway I can get it: my extensive collection of video tapes, DVDs, and Blu-ray discs, network TV, cable such as TCM (Turner Classic Movies), YouTube, Netflix and Amazon Prime. And to combine this answer with my previous answer I just watched the Christmas episode (never before seen by me) of the animated series BoJack Horseman on Netflix. So its Christmas in July on a streaming service! Just call me a 21st century boy.

Another question that takes the wisdom of Solomon or at least Santa Claus which I definitely do not have. However, forced to choose right now, my answer is The House Without a Christmas Tree, A Muppet Family Christmas and the all-time, unmissable TV classic, A Charlie Brown Christmas.