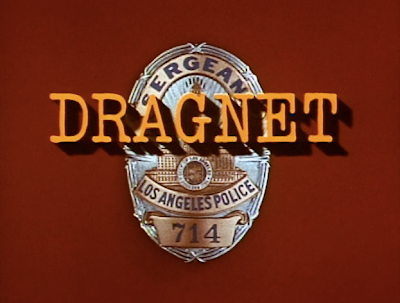 How long has it been since you've last seen this classic episode of the procedural cop show Dragnet?  Did you know that this 1967 episode is a re-make (using the same script) of the 1953 Dragnet Christmas episode "The Big Little Jesus?"  The heart-warming re-make was re-titled "The Christmas Story" and features several of the same actors who appeared in the 1953 original.  Though the 1953 episode was one of the earliest color broadcasts on television, copies that remain available for viewing are in black-and-white.  The 1967 episode is commonly referred to as the color re-make--even if that's not entirely accurate.


In "The Christmas Story," it is Christmas Eve and Sergeant Joe Friday and his partner Officer Bill Gannon are working burglary cases.  A telephone call comes in from Father Rojas at the Old Mission Church--a statue of the Baby Jesus from the Nativity display is missing.


Though the statue isn’t especially valuable, Friday and Gannon appreciate that it has great sentimental value to the parishioners so the officers take this case very seriously.  They have until mass on Christmas morning to try and recover the stolen item.

They question several witnesses and a suspect but their case grows cold.  One of the possible witnesses is an altar boy, played by actor Barry Williams in an early role before he was Greg Brady on The Brady Bunch.

Friday and Gannon question suspect Claude Stroup, a down-and-out man living in a dilapidated hotel, who was seen in the church earlier that morning.


Stroup is played by actor/jazz pianist Bobby Troup.  You may recognize Troup from his later role as Dr. Early on Emergency!  But what you may not know is that Troup was also a successful jazz musician and songwriter--he wrote the jazz standard "(Get Your Kicks On) Route 66."  Not only was he married to singer Julie London (Jack Webb's ex-wife) but Troup starred with her on Emergency! (another successful Jack Webb production)--Julie London played Nurse Dixie McCall.


When Gannon and Friday's investigation turns up nothing and they've exhausted all their leads, they return to the church later that night.  While Father Rojas, Friday, and Gannon are standing there, the statue is returned by a little boy Paco.  He innocently explains that he borrowed the statue to make good on his promise to the baby Jesus: to give it the first ride in his new Christmas gift of a little red wagon.  It is such a sweet story--it's one worth re-making after 14 years.


In addition to actor Jack Webb who plays Sgt. Joe Friday, the 1967 version includes actors Harry Bartell as Father Rojas, Ralph Moody as Mr. Flavin the religious art store owner, and Herb Vigran as the hotel desk clerk--who all reprise the same characters' roles from the 1953 original.  This added bit of nostalgia is especially meaningful for viewers, like myself, who are serious Dragnet fans.


Interestingly, the MacGyver Christmas episode, 1989's "The Madonna," borrows this same story line of the missing religious statue from the church for its holiday plotline.  Surely, the MacGyver series writers were fans of Dragnet--the familiar storyline must be a tribute to the classic cop show and not just a coincidence.


I love this Dragnet Christmas episode not just for the classic guest stars--although seeing Troup and Williams is reason enough to enjoy this episode.  I appreciate this TV series and its tender Christmas story's influence on later television productions.  Did you ever notice that the MacGyver Christmas episode pays tribute to Dragnet before I pointed it out? What other classic TV Christmas episode would you like to see remade by another TV series?
Posted by Joanna at 5:02 PM