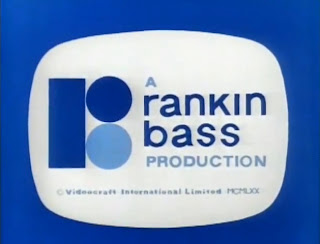 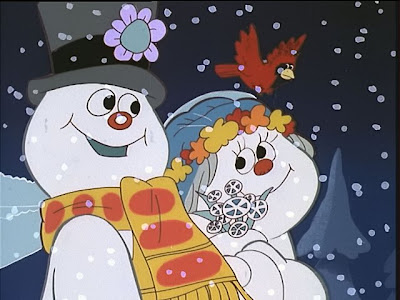 Actress Shelley Winters voiced Crystal, Frosty the Snowman's wife in Frosty's Winter Wonderland in 1976 and Rudolph and Frosty's Christmas in July in 1979.

Winters also plays the title character in the 1971 American International B-movie Whoever Slew Auntie Roo? (also known as Who Slew Auntie Roo?).  This horror film set at Christmas time reveals that the lonely but wealthy widow Auntie Roo has a dark secret hiding in the attic.  Click HERE to see a previous post I wrote about this unforgettable film.

How many remember that the disaster film The Poseidon Adventure (1972) takes place aboard the doomed cruise ship over the Christmas and New Year's holidays?  Winters plays Belle Rosen, a role that earned her an Oscar nomination for best supporting actress.  Belle memorably meets her fate after swimming through an underwater corridor, trying to find an escape route on behalf of a dwindling group of desperate souls.

Let's not forget that Winters also played Roseanne's grandmother Nana Mary on the hit sitcom Roseanne.  Don't miss the 1992 Christmas episode of Roseanne entitled "No Place Like Home for the Holidays."  In this episode, the elderly Nana Mary falls asleep in a chair and her granddaughters Roseanne and Jackie decorate her with twinkling lights like a Christmas tree!


We all recognize Tom Bosley once we see him--he played patriarch Howard Cunningham on the long-running sitcom Happy Days.  Happy Days, in its ten year run on the ABC network, produced six Christmas episodes, including 1974's "Guess Who's Coming to Christmas," 1975's "Tell It to the Marines," 1976's "Richie Branches Out," 1978's "Christmas Time," 1980's "White Christmas," and 1982's "All I Want for Christmas."  Tom Bosley appears in each of these Christmas installments.

With his long and successful career, it's not surprising that Bosley appeared in several more Christmas-themed episodes, specials and movies.  Without checking with IMDb, can you name one?

Actor/singer Robert Morse voiced the young Ebenezer Scrooge in 1978's The Stingiest Man in Town as well as Jack Frost in the 1979 stop-motion classic Jack Frost.


Though Morse spent most of his career on the stage, you can currently see him in the hit TV drama Mad Men as the regular character Mr. Cooper.  You didn't even know that was him, did you?

Mad Men features two Christmas episodes: 2010's "Christmas Comes But Once a Year" and 2012's "Christmas Waltz."  Click HERE to see what I had to say about the 2010 holiday episode.

Of course, this five part series only examined the careers of the celebrity voice cast--and not the professional voice actors who specialize in cartoon and animation work.  THAT'S another whole series of posts there.