It's the most wonderful time of the year, isn't it? The Christmas TV movies have already begun airing. The viewing options for Christmas movies and specials during November and December each year can get a little overwhelming. Let me update you with the details of where to find the best holiday programming for 2018.

For many Christmas TV movie fans, the Hallmark Channel is the network schedule to check first.  With good reason, in 2018, Hallmark will be airing more than 20 new Christmas TV movies alongside many classics from their archives.  If you didn't already know, the movie marathon has already begun--it started Friday, October 26th--and continues all day and all night through the end of December. They typically debut their new holiday movies on Saturday and Sunday nights. HERE is link to a checklist of Christmas TV movie premieres. The daily schedule of their holiday movies can be found on their website HERE.

Hallmark's sister channel--Hallmark Movies and Mysteries--also airs new Christmas TV movies and older classics. In fact, the older holiday movies they broadcast are pulled from a deeper archive so this is the place to see some of your older Hallmark Christmas TV movie favorites.

This is the sixth year that HMM is premiering their own new Christmas TV movies--this year they have fifteen new movies.  Click HERE for the checklist of HMM Christmas movies debuts. And, just like the Hallmark Channel, HMM has already begun their holiday programming--which will continue through the end of the holidays.  Click HERE for the link to the daily HMM Christmas movie schedule.

Freeform is another major source of holiday programming every year. But I didn't need to tell you that, right?  We're all familiar with their marathons of Christmas animation, Christmas movies, and family-friendly entertainment. Freeform's 25 Days of Christmas programming marathon begin Dec. 1st, however their holiday programming has already begun. Click HERE for the daily schedule. They have three debuts I'm most excited about this holiday season: the original movie Life-Size 2 which first airs on Dec. 2 is a Christmas sequel to the 2000 movie starring Tyra Banks, Dec. 2's Pop Up Santa Holiday Special, and Dec. 10's No Sleep Til Christmas.

Lifetime is debuting quite a few new Christmas TV movies in 2018. I know, right? Those new movies will be airing on Saturday and Sunday nights. Click HERE for more info about each of those. The debuts start Nov. 21st and they've already begun airing their Christmas TV marathon too!

UP Network also debuts new family-friendly Christmas TV movies, as well as showing older favorites too. This year, the schedule looks exciting. Of these movies, many are new ones. For the complete holiday schedule of UP Network Christmas programming, click HERE.

ION Television's schedule is filled with holiday movies too. They begin airing their holiday movies starting Nov. 25th. Look for the movie premieres on Saturday and Sunday nights. This year, they are debuting six new Christmas TV movies as well as airing favorites from the past. Click HERE for the complete schedule.

But one of the MOST EXCITING holiday programming schedules has to be GetTV. They have pulled out all the stops again this year! What I'm most looking forward to watching are The Soul & Spirit of Christmas, last year's A Nashville Christmas special, classic Perry Como Christmas specials, the Mac Davis Christmas Special, the Johnny Cash Christmas music specials, Andy Williams Christmas special, and the Father Knows Best Christmas TV movie reunion. There's so much good stuff on their schedule, I'm overwhelmed--and you should be too. This is an abundance of riches. Check out the full GetTV holiday schedule HERE. 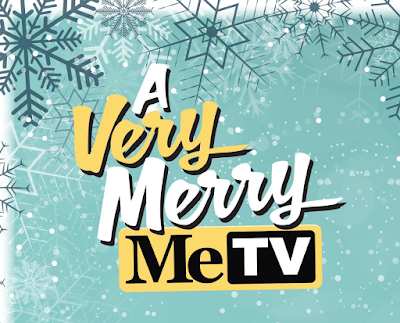 Me TV is rolling out their retro programming's Christmas installments on Sunday afternoon marathons throughout the holiday season. HERE's the schedule of episodes for the Sunday marathons. HERE's a link to a downloadable schedule for Eastern/Pacific time zone. If you peek at their daily schedule, you can see an abundance of holiday episodes there too. HERE's the daily schedule for Friday, Nov. 23--look at all those Christmas episodes!

Antenna TV, another retro programming network, usually airs a Christmas Eve and Christmas Day marathon of holiday episodes from their current classic TV line-up. I hope they repeat that tradition. 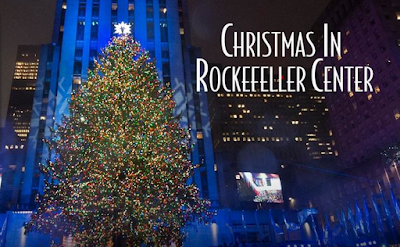 Of course, the major networks have their holiday programming as well. NBC is already promoting their 21th annual Christmas in Rockefeller Center concert for Wed. Nov. 28th at 8pm(ET). Special musical guests this year include Diana Ross, Tony Bennett and John Legend. It is immediately followed by A Legendary Christmas Special with John and Chrissy starring recording artist John Legend. NBC will also be airing the 1966 animated classic How the Grinch Stole Christmas and Dreamworks' Trolls Holiday Special at 8:30pm(ET) on Friday, Nov. 23th. On Christmas Eve, NBC will repeat their annual airing of It's a Wonderful Life in a three-hour block. Traditions are still alive on TV! For more on NBC's holiday programming, HERE's a link. 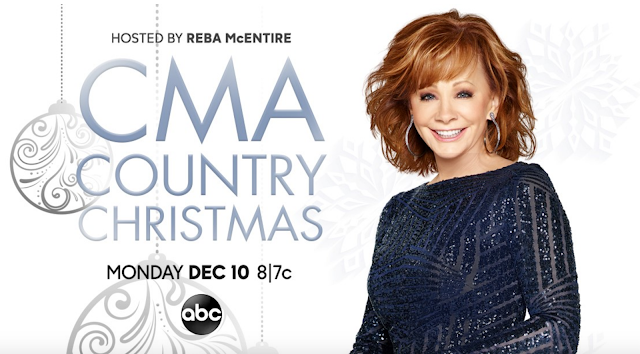 CBS is airing the animated classics Rudolph the Red-Nosed Reindeer, Frosty the Snowman, Frosty Returns, and The Story of Santa Claus again this year. Look for Frosty and Frosty Returns on Friday, Nov. 23th, and Rudolph will air on Tuesday, Nov. 27th. The colorized 1956 Christmas episode of I Love Lucy will air on Friday, Dec. 14th. For more about CBS's holiday programming, click HERE.


Stay close to my social media links for more announcements about fantastic holiday programming. If you'd like reminders of the new Christmas TV movie debuts and other exciting holiday TV  programming, don't forget to follow my Facebook page Tis The Season TV and/or my tweets at @TisTheSeasonTV.  Where on the metaphorical television dial do you watch your favorite Christmas movies and specials?  Feel free to share in the comments below.

*Support this website and its research by purchasing the books at 1701 press.com
Posted by Joanna at 12:14 PM