Doctor Who Christmas (2005) The Unquiet Dead 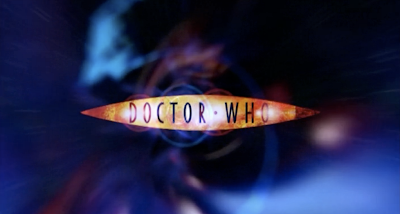 I'm continuing my month-long series of blog posts, Countdown to Halloween, discussing Halloween-appropriate and Christmas crossover entertainments.  Don't zombies, ghosts, and a séance in a funeral parlor sound appropriate for a spooky story?  I thought so too.  Let me remind you of a first season Doctor Who episode, 2005's "The Unquiet Dead" which includes all these elements--as well as a few Christmas ones.  Though this episode originally aired in the spring of 2005, it takes place at Christmas time and includes Charles Dickens are a major character.


The Doctor and his companion Rose arrive in Cardiff on Christmas Eve, 1869 and decide to step into a theater where Charles Dickens is performing a reading of his popular book A Christmas Carol.  Suddenly, the audience is caught in a panic as ethereal spirits begin to swirl around Mr. Dickens as he shares his Christmas ghost story, frightening everyone into leaving.


The Doctor's travels allow him to recognize the gaseous beings as an alien life form though everyone else just sees ghosts.  As it turns out, the gaseous creatures are currently existing in the natural gas pipes in the walls, reanimating corpses at a nearby undertaker's establishment.  Meeting with the undertaker Mr. Sneed and his assistant Gwyneth, the Doctor learns that several corpses have come back to life, much like zombies, and have taken several more human lives!  Recognizing that Gwyneth has some kind of psychic ability to communicate with these ghosts, they organize a séance to find out what these alien life forms are seeking.

During the séance, the Doctor learns the Gelth are a life form that face extinction.  They are weak and gaseous but seek physical bodies to inhabit.  They ask for help bridging the gap in the rift, a weak spot in time and space, located in the morgue, so they can come to Earth and survive.  Also a participant in the séance, Charles Dickens can hardly believe what he is seeing.  The Doctor wants to help the desperate Gelth, and Gwyneth agrees with him.  She offers to be the portal through which the gaseous creatures can transfer to this place.


Unfortunately, once the transfer begins, the Gelth begin embodying more corpses than they had promised.  Making matters worse, the corpses begin taking more human life in order to create more corpses for the creatures to embody!  Aagghh--it's a zombie attack!  It is Charles Dickens who comes up with the only solution.  Anyone have a match?

This Doctor Who episode was written by Mark Gatiss.  Some of you may also know Gatiss from The League of Gentlemen or as Mycroft, Holmes' brother on the recent British TV series Sherlock.  Do you recognize the actress who plays Gwyneth?  She's Eve Myles who also plays the main character Gwen on Torchwood--a spin-off from Doctor Who.  Actor Simon Callow who plays Charles Dickens has actually portrayed the Victorian writer several times for the screen--including another Doctor Who episode in 2011.  Merry Halloween!