Where to Watch Annual Christmas Specials on TV

During the months of November and December each year, television networks fill their schedules with plenty of holiday programming.  It's very easy to lose track of what is airing--even when you're waiting for a specific program.  So I'd like to help you plan your upcoming TV viewing by reminding you of a few noteworthy TV specials to look for.  This list will consist of annual TV specials--the TV specials (not episodes in a series, nor movies) that are created new each year.  To clarify, I'm limiting my discussion to TV specials for which a new one is created annually.  Though this is not an exhaustive list, my intention is to cover the most significant and popular annual programming. 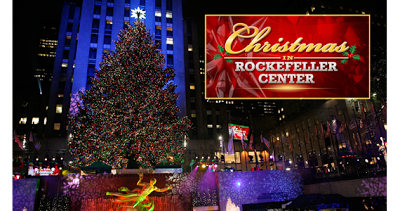 One of my favorite annual Christmas TV specials is Christmas in Rockefeller Center.  This NBC prime time holiday music special is a live, celebrity-filled concert that is a part of the annual tree lighting ceremony in Rockefeller Center, in New York City.  For many years, Al Roker has been its host, introducing some of the most popular musical acts and recording stars performing holiday music.  In 2012, Christmas in Rockefeller Center included musical guests Mariah Carey, CeeLo Green, Rod Stewart, Scotty McCreery, Tony Bennett, Trace Adkins, Chris Mann, the Muppets, teen sensation Victoria Justice, and Italian tenors Il Volo.  2011's Christmas in Rockefeller Center included musical guests Justin Bieber, Michael Bublé, Usher, Tony Bennett, Neil Diamond, Carole King, Katherine MacPhee, Big Time Rush, and Javier Colon.  Some of the excitement of this unique annual event is seeing your favorite musical guests performing live and outdoors in the unpredictable and often cold, winter weather.  You don't want to miss this annual TV special which usually airs the week after Thanksgiving.  The annual concert event may be broadcast a second time in the NBC prime time holiday schedule but it has never been released on DVD. 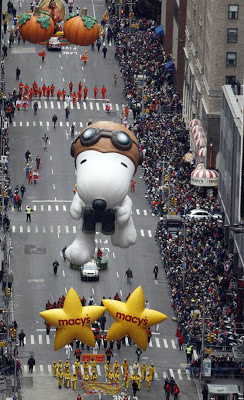 Though Ryan Seacrest has replaced Dick Clark, the annual New Year's Eve broadcast on ABC is a must-see for many holiday revelers.  So far Clark's name remains attached to the annual TV special though for how long, we'll have to wait and see.  Dick Clark's New Year's Rockin' Eve has been an annual event for decades though other networks broadcast the December 31st celebrations in New York's Times Square as well.  Likewise, NBC's Thanksgiving morning broadcast of Macy's Thanksgiving Day Parade is not the only television coverage.  However, NBC's annual TV special is the most popular.  When Santa Claus arrives in his parade float at Macy's store, it is the official start of the holiday season.  What would Thanksgiving be without watching the Macy's Thanksgiving Day Parade?  I don't want to know.  Both of these annual TV specials are broadcast only once--so if you snooze, you lose.  Neither the New Year's special nor the Thanksgiving day parade have ever been released on DVD. 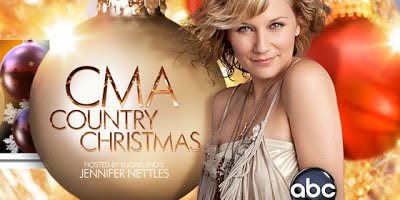 A fairly new annual tradition has become the CMA Country Christmas TV special airing on ABC.  This prime time music concert special just began in 2010 but it is quickly becoming one of the best, most anticipated events of the holiday season.  The most popular country music recording artists take the stage in front of a live audience to perform holiday music.  Singer Jennifer Nettles from Sugarland has been this concert's host for all three years of its existence.  In 2012, the musical guests included country music's own The Band Perry, Lady Antebellum, Scotty McCreery, Little Big Town, Martina McBride, Dierks Bentley, Keith Urban, and even host Jennifer Nettles sings.  Proof of CMA Country Christmas' popularity is that they were able to include musical guests beyond country music, including John Legend, Colbie Caillat, and mezzo-soprano Katherine Jenkins.  But again, you won't find this annual holiday TV special released on DVD.

My favorite of these annual concerts aired in 2001 with special guest Angela Lansbury.  She not only sang her trademark holiday song "We Need a Little Christmas" from the Broadway musical Mame, but she also sang "Not While I’m Around" from Sweeney Todd and "Beauty and the Beast" from the Walt Disney animated movie.


PBS does release the annual Mormon Tabernacle Choir's Christmas concert on DVD however, it is released under a separate title--not Christmas with the Mormon Tabernacle Choir the title under which it airs on TV.  The 2012 broadcast with Jane Seymour has been released under the title Once Upon a Christmas, and the 2001 concert with Lansbury has been released as The Joy of Christmas with Angela Lansbury.  I know, it confuses me too.

Another annual Christmas TV special on PBS is the National Tree Lighting.  The annual outdoor ceremony and musical concert are presented by the National Park Service and the National Park Foundation broadcast from President’s Park in Washington, D.C.  The President and his family are usually in attendance and eventually push the button that illuminates the grand, outdoor National Tree near the White House.


Another annual Christmas concert is Christmas in Washington, a prime time special on TNT.  Much like Christmas in Rockefeller Center, this annual holiday concert features the biggest and brightest stars in the recording industry.  However, this more dignified event takes place in Washington DC's National Building Museum for a very special live audience that includes the President and his family.  In 2012, the musical guests included Diana Ross, South Korean pop star Psy, Demi Lovato, Broadway star Megan Hilty, Chris Mann, and country music's Scotty McCreery.  In 2011, the entertainers were CeeLo Green, Justin Bieber, The Band Perry, Victoria Justice, and Jennifer Hudson.  Each year, other musical performances are provided by The Washington Youth Choir, The American Family Choir, the United States Naval Academy Glee Club, the United States Army Herald Trumpets, and the Christmas in Washington Orchestra.  It's quite an event.  And, this is another annual TV special that has never been released on DVD.


Another significant annual Christmas TV special is HGTV's The White House Christmas.  This yearly special details the decorations and preparations for the White House holiday, the home of the First Family which also serves as a showcase for many parties and guests throughout the season.  Every year this TV special reveals the First Lady's decorating theme and it's application, the design of the annual gingerbread house, the installation of the Christmas tree in the Blue Room, the various decorations for the rooms and hallways throughout the building, and the many designers and volunteers who transform the White House into the holiday showcase.  This annual TV special has never been released on DVD either.

Maybe you've also watched A Home for the Holidays on CBS, an annual Christmas special that raises awareness on the importance and need for adoption sponsored by the Dave Thomas Foundation for Adoption.  There is also Holiday Notes from Home, an annual music concert for families of our military's soldiers and taped to entertain the troops around the world.  This annual special is usually broadcast on an upper tier cable network.  Neither A Home for the Holidays nor Holiday Notes from Home has ever been released on DVD.

Is there another annual holiday TV special that you like to watch?  Do you make it a point to catch any of these annual special events?  Which of these from the above list is your favorite to watch?