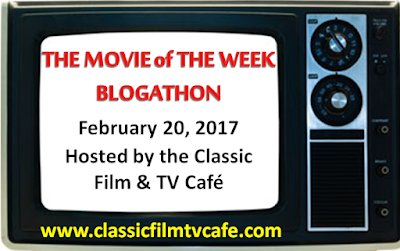 This post is part of The Movie of the Week Blogathon going on today, hosted by the Classic Film & TV Café. You can click HERE to read the other pop culture-ific entries.


For this occasion, I wanted to share my thoughts on the stand-out 1983 TV movie The Gift of Love starring Lee Remick, Angela Lansbury, and Polly Holliday. This one is not to be confused with the 1978 TV movie entitled The Gift of Love which stars Marie Osmond, Timothy Bottoms, and James Woods. Both of these similarly titled stories are exceptional Christmas TV movies. However, the 1978 Gift of Love is an adaptation of O.Henry's short story "The Gift of the Magi"--you can read my review of it here--while the 1983 Gift of Love is adapted from the novella "The Silent Stars Go By" by Bess Streeter Aldrich, written for the screen by the distinguished author and TV writer Earl Hamner Jr.


Who's Earl Hamner Jr., you ask? The man had a long and successful writing career which deserves more attention than I can dedicate here, but I can easily point to several critically acclaimed Christmas TV programs that he was involved with. He wrote the novel that the 1971 Christmas TV movie The Homecoming was adapted from. I've written about that movie here. The 1971 TV movie was so highly rated that the network spun the characters into their own series called The Waltons. The series produced five Christmas episodes--here's a link to the reviews I've written about each of those. And, Hamner lent his talents to two later Christmas TV movies--1973's A Dream for Christmas, about an African-American family that starts a new life in California (never released on DVD but it has aired on Me-TV during the holiday in recent years). Although you won't find his name in the credits, he was a writer and producer on the 1973 TV film. And, Hamner wrote and co-executive produced 1983's The Gift of Love: A Christmas Story. It too has never been officially released on DVD, but let me share more about it.


The story centers on Janet Broderick (played by Lee Remick), a woman enduring tremendous stresses one Christmas. Her family business, Broderick's department store, is failing and her husband decides to finally close its doors. She feels blindsided by the decision, caught unaware of how bad it had become. She feels hurt when her husband Neil finally tells her he must close the store. The painful conversation reminds her how their marriage is also crumbling, due to poor communication and taking each other for granted. Additionally, she feels helpless because her children Dorothy and Michael are frequently in trouble at school for fighting. And, when her mother Amanda (played by Angela Lansbury) collapses in the kitchen and eventually dies, Janet is left feeling afraid, confused, and lost. She takes to her bed, and the rest of the movie's story is Janet's dream.


Janet's dream reunites her with her deceased mother, father and Aunt Min (played by Polly Holliday). Janet and her children are picked up by her parents in a two-horse open sleigh and they ride to Vermont and the large farm house where she grew up. Returning home, Janet is comforted by the familiar place and family members that brought her happiness in the past. She enjoys the old-fashioned Christmas they begin to prepare together, one she's excited to share with her daughter and son. Together, the family locates and chops down their own Christmas tree. They make their own Christmas ornaments to decorate with, and her mother and Aunt Min are happily cooking a festive meal in the kitchen.


Being in Vermont reminds Janet of some of her earlier experiences and we see flashback scenes as she remembers important times in her life. The nearby ice skating pond reminds her of the first time she met Neil, what first attracted her to him, and the risks they took to fall in love. Janet also reflects back to her wedding day and the doubts and fears she felt. She recalls the wisdom and guidance her father passed on to her before the ceremony.


As the story continues to unfold, we see what purpose Janet's fantasy trip home for Christmas serves. As she sleeps, she's seeking the lost connection to her parents and their wisdom for all the uncertainty, confusion, and loss in her waking life. Her father expresses it succinctly when they first arrive back at the farm house. He says, "Home's not a bad place to look back over your life, see what went wrong, what went right. Helps to bring everything into focus." She has retreated to a safe, comfortable place to re-evaluate her life and future. Yes, this is a complex emotional journey for Janet and TV viewers, and--when it's done right, like it is here--it is a richly rewarding movie experience. This really isn't the kind of movie to entertain young viewers but there's certainly nothing to offend them (it is probably just over their heads). I think TV movies are best at being able to tell smaller, personal stories and this one captures Janet's inner struggle with fine precision.


As the story continues, Janet gains insight from her never married, elderly Aunt Min too. Minerva challenges Janet to appreciate what she's got: a loving husband and two healthy children. Janet's mother even makes her feel better about her children's fighting. Dorothy and Michael are supportive of each other when it matters and they defend each other in crises. But Janet's dream takes a dark turn when her son runs from the house and they believe he's fallen through the ice into the frozen pond out back.


The new turmoil leaves Janet questioning her mother about "the secret place"--a location that her mother frequently referred to as her safe, comforting space. Finally, Janet learns that "the secret place" is somewhere deep inside her, a place she must have the strength to discover for herself.


She finally acknowledges that she's dreaming and expresses her gratitude and love to her mother, father and Aunt Min. When she wakes up, Neil is at her bedside. She's been sleeping for a full day. But Janet is ready to talk with him about her feelings, their marriage, and about the closing of the department store.

Christmas entertainment fans may be amused to see a similarity between this story and Charles Dickens' A Christmas Carol. Although this 1983 TV movie makes no reference or allusion to Dickens' tale, in the abstract both stories are about transformational experiences by characters, influenced by the dead, during their sleep, at Christmas time. But what I most admire about this story is its complexity and precision of emotion. There is something more to be revealed and gained by watching this film again and again. It's heartbreaking that this movie hasn't been re-broadcast in years or has never been officially released on DVD for everyone to enjoy. If you can find it, watch it while you can.


Check out this cool trailer Rick made for The Gift of Love.