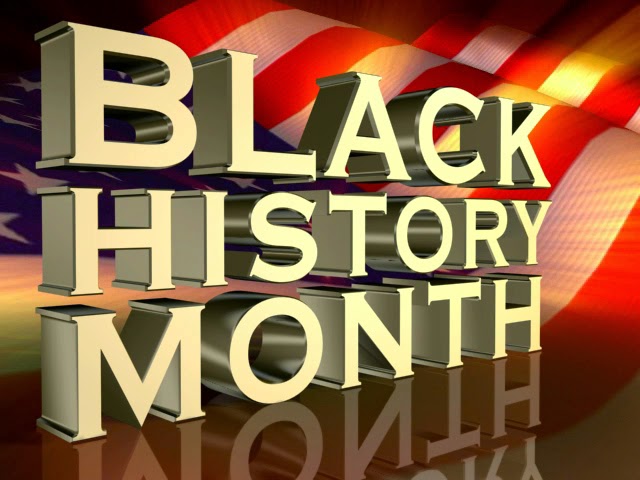 I enjoy honoring Black History Month (BHM) on my blog because there are so many excellent holiday episodes, specials and TV movies with exceptional African-American cast members.  There are also many outstanding and touching holiday TV story lines aimed at black audiences.  This month I'm highlighting just a few of my favorites.

If you'll remember, Chris wants to spend New Year's Eve 1986 (into 1987) in crowded Times Square watching the ball drop.  His mom gives her consent that he may go as long as he has a responsible adult with him.  She can't take him because she's spending the evening as she does each year--prepping the apartment's windows against New Year's festivities from the street, and cooking the New Year's Day meal.


Chris' father Julius can't take him to Times Square because he's stuck in traffic trying to get home.  It turns out there's a jumper on the George Washington Bridge and that's why traffic is halted.  Julius takes matters in his own hands by getting out of his truck and talking the jumper down from his ledge!  Chris' family learns about Julius's feat when they see him interviewed as a hero on the TV news.  As the hero of the day, Julius will be kept busy the rest of the evening fulfilling TV interviews and receiving awards from the mayor.

Chris asks everyone he knows if they will take him to Times Square but no one is available or willing.  That is, until Chris learns that Tasha is going with her mother, Peaches, and Peaches' boyfriend Malvo.  If you regularly watch this series, you know what a dilemma this poses for Chris.  Peaches is not exactly a responsible adult.


Tasha is the prettiest girl in Chris' neighborhood but she is burdened with a mother that is on parole.  Hilariously, Peaches doesn't understand why Chris' mother doesn't trust her or questions her judgement.  Making matters worse, Peaches' boyfriend Malvo is the other adult willing to escort Chris to Times Square--he's also an ex-con.  I love the confrontations between Peaches and Chris' mom Rochelle--these roles are played by actors Tisha Campbell-Martin and Tichina Arnold who also played best friends Gina and Pam on the 1990s sitcom Martin.  These two women are always funny together as best friends on Martin and as antagonists on Everybody Hates Chris.

Meanwhile, Chris' siblings Drew and Tonya have their own minor story line.  Tonya wants to stay awake until midnight and watch the pop music group The Jets perform on the Rockin' New Year's Eve TV program.  Drew bets Tonya that she can't stay awake all night and she challenges Drew to stay awake as long as she does.  To ensure her victory in the bet, young Tonya eats instant coffee crystals and ends up bouncing with energy all night long.  Drew falls asleep on the couch.

Eventually Chris' mom lets him go to Times Square with Tasha, Peaches and Malvo.  When they arrive, the police attempt to keep the Bed-Stuy group from entering Times Square because the crowds are already at capacity.  However, Malvo and Peaches distract the police and the group circumvents the restrictions.  In the end, Chris finds renewed hope in the new year when he gets to share a kiss with Tasha at midnight at the biggest party of the year, in Times Square.

But the evening isn't all a success.  When Chris arrives home, he finds his pocket has been picked!  He's lost the $20 his mother gave him to fulfill the superstition that the first man to enter a household will bring good luck and fortune with him if he has money in his pocket.  After this disappointment, Chris learns that it was Malvo who stole his wallet--so he could be the man with money in his pocket to bring good luck and fortune to Peaches' home!  Do you have superstitions about the New Year?

The actor Tyler James Williams who plays Chris in this series is currently on the series The Walking Dead as Noah.  If you watch the series, you know that Noah is a friend to Beth during the fifth season when they meet in the hospital.  It's great to see Williams on this hit new show--he even has a significant role.  I'm still waiting for a Christmas episode on The Walking Dead--how dark would that be?