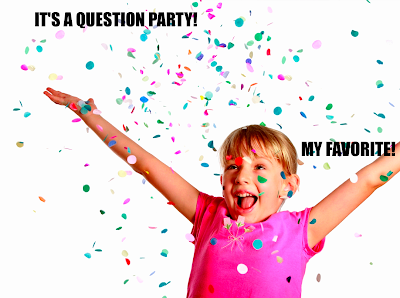 Recently I opened the door for you to ask me questions. Need to see that request again?  Here ya go.  Several of you stepped up and I've been working on responses.  Thank you for your patience.  Here's a question that came to me from Facebook last week:

Hello. I thought you might be the person to ask my question. The first Father Knows Best Christmas episode originally had an ending (I had it recorded on VHS back when) with the family home. I've DVRd this episode from Antenna TV, watched it on Hulu and actually own it from Amazon but the ending isn't on any of them. Do you know what happened & why they don't show it? Thank you so much for your time. Love your page!!

Thanks for your question Facebook User. The confusion you're having relates to how TV shows sometimes recycle content.  Let me explain. 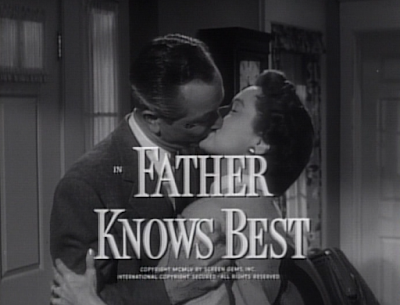 The 1954 (first season) holiday episode of Father Knows Best is entitled "The Christmas Story."  This episode was actually based on the story first introduced on the Father Knows Best radio program a year earlier. The TV episode begins with Jim Anderson longing for an old-fashioned Christmas Eve to share with his family.  Jim convinces the whole family to go with him to Pine Mountain to chop down their own Christmas tree. In the forest, the Anderson family is caught in a snowstorm and they're forced to seek shelter in what they believe is an abandoned cabin.


Once inside the cabin, the Andersons discover that a man named Nick is living there all alone. He welcomes their company--and forms a special bond with young Kathy who is worried that Santa Claus won't be able to find her in the woods to deliver her toys. I don't want to spoil all the details but it's a heartwarming, traditional Christmas story.


Then in 1958 during the fifth season of Father Knows Best, the series recycled that first season episode by adding a new beginning and ending with the Anderson family gathered together, decorating the Christmas tree, and reminiscing about the earlier Christmas they shared when Kathy befriended Nick. New footage was also added to function as a segue from the commercial breaks back into the first season holiday episode story line. As the family recalls that earlier story, TV viewers see the first season episode as if it's a flashback. Essentially, the 1958 Andersons are reflecting back to the 1954 Christmas they shared together. Isn't that fun?  This fifth season episode is confusingly also titled "The Christmas Story" and it does appear on the fifth season DVD release of the series.

This sort of recycling of episodes has been done several other times for Christmas episodes as well.  For example, the long running family sitcom The Adventures of Ozzie and Harriet (1952-1966) re-used Christmas episodes--adding a new beginning and a new end to frame a previous story. And, if you want to get technical, every Christmas clip show functions in this way as well.  It's a way for our favorite TV characters to refer to the past and pull the TV viewer back into the original story.  Most people don't like clip shows but if this narrative device is ever acceptable, perhaps it is at Christmas time when viewers are more likely to warm to reflecting on the past.

Anyone else have a question about Christmas TV entertainment?  Ask me on social media or place your question in the comments HERE.  Did you see my response to Answer Time #1 and Answer Time #2?