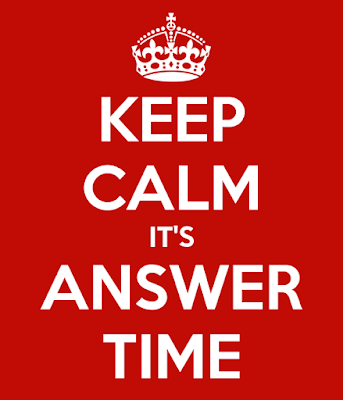 Last week I opened the door for you to ask me questions. Need to see that request again?  Here ya go.  Several of you stepped up and I've been working on responses.  Thank you for your patience.  Here's one question from last week:

Hi
Love your books Joanna!
How does USA Christmas TV compare to British TV?
What are your favourites and your absolute worst?

Part 1: Thanks for asking Debra! The first difference between British and American holiday TV programming that comes to mind is the scheduling.  From what I can tell, British television debuts a fair amount of holiday programming on Dec. 24th, the 25th, and even the 26th. American TV generally speaking doesn't do that.

Our Christmas TV programming will begin right after Halloween (end of October) and new TV movies, specials and episodes will roll out all through November and early December.  By the actual holiday itself (Dec. 24th and 25th), almost all holiday programming is re-runs. It's popular to go to the movie theater on Christmas day, watch old movies on TV--or even turn the TV off. Decades ago, you would see new Christmas programs debuted on the holidays but no longer is this true.

Part 2: While the holidays themselves seem to be a time of low ratings for Americans, viewers across the pond watch more TV on Christmas. Thus, it has become quite common for any special programming at Christmas on British TV to be titled "Christmas Special"--even without Christmas content or any reference to the holidays. That doesn't happen very often on American TV.  If it's titled a "Christmas Special" here, it is very likely to be Christmas-themed in some way.

My favorites?  Well I actually watch quite a bit of television from Great Britain--whether I see it on PBS, BBC America, on DVD, or elsewhere.  I favor the Christmas episodes of my favorite series which include Blackadder, Vicar of Dibley, The Royle Family, Father Ted, Doctor Who, the Catherine Tate Show, Thin Blue Line, Outnumbered, and more. I also love the animated special The Snowman--which isn't as popular over here as it is over there.

Nurse Bernie is joined at the hospital karaoke party by George Michael to sing "The Fairytale of New York" on The Catherine Tate Show.


There's still an awful lot of British TV that isn't able to be viewed in America. With the popularity of streaming services, more British TV series are becoming available--and maybe this will continue to open up more Christmas programming we've never seen before.
What is the worst?  I don't know--I guess I'm not that entertained by the broadest of comedies. I'm also frequently disappointed when I watch a "Christmas Special" and it doesn't have a holiday story or theme.  However, when there are Christmas-themed programs on British TV, I'm committed to including them in the encyclopedia.

Did this make any sense? Thanks for your questions Debra!

Anyone else have a question about Christmas TV entertainment?  Ask me on social media or place your question in the comments HERE.