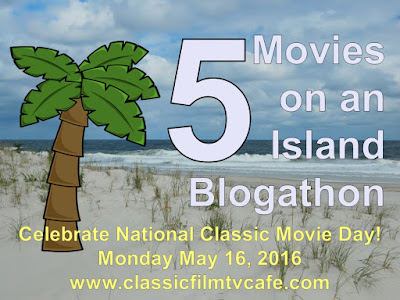 To celebrate National Classic Movies Day, I'm joining with 30+ other bloggers to share our lists of 5 classic movies we'd like to take with us if we are ever stranded on an island. (We're all assuming we have electricity, a projector, a big screen, and popcorn!) Since I limit my focus to holiday entertainment, I'll only be taking Christmas and New Year's movies to my island with me. Because it's about classic movies, I've only selected titles released in the 1970s or earlier. Don't criticize me for not picking 1983's A Christmas Story--thems the rulez. Isn't this fun? Can you predict what I'll select? 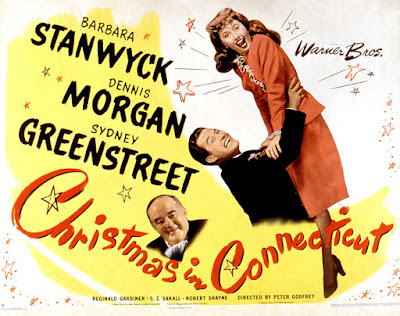 If I'm stuck on a deserted island, I'm going to need to be cheered up. This delightful comedy will certainly do that. In this movie classic, Barbara Stanwyck plays Elizabeth Lane, a well-known writer who details the best advice on wifely activities including housekeeping, cooking, and raising children (think: a 1940s version of Martha Stewart). This Christmas, Lane is asked by her publisher to host a war hero for a traditional holiday dinner at her country home in Connecticut as a publicity stunt to promote her magazine. Just one catch: Lane is a professional writer who is actually a single woman who lives in New York City! In order to keep her job, she will have to pretend to be married, set herself up in a beautiful country home, convince someone to loan her a baby, find a chef to cook the holiday meal, and pull off the whole elaborate deception in front of her publisher! The best snag in her scheme is that the war hero is just the type of man she's looking to meet and sparks are flying between them. This classic Christmas comedy just keeps twisting and turning as the lies and her far-out explanations keep heaping up. It certainly stands up to repeated viewings--the perfect film to endure a lengthy stay on a deserted island. 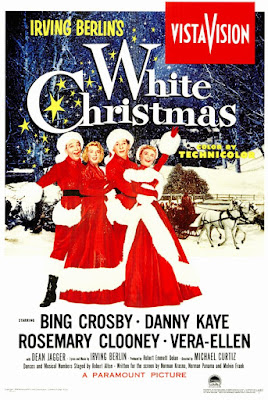 I anticipate having to perform quite a few mundane chores on this deserted island in order to survive. I'll probably have to gather palm fronds for a shelter, and fruits, nuts, and vegetables (I really don't see myself hunting and killing wild boar) in order to eat. I might even have to plant and harvest food to sustain a lengthy stay. UGH! These chores will go faster if I sing while I work--so I wanted to select a Christmas musical to sing along with.


The song "Snow" may help me chill out on those long, hot days stuck on a tropical island!


The lyrics to the title song "....I'm dreaming of a white Christmas, just like the ones I used to know..." will certainly fit the bill, living on a tropical island. The song "Sisters" always puts a smile on my face, and "Count Your Blessings" may help inspire me to feel grateful that I'm alive during my darkest moments alone on the island. You can't beat an Irving Berlin soundtrack set against island living! 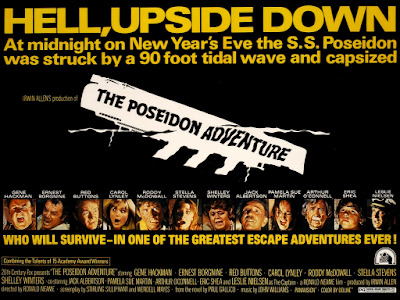 I want to make sure I have a variety of genres to watch while I'm stuck in one place. I think the action-adventure film The Poseidon Adventure will hold my attention. Sometimes people forget that this disaster film takes place aboard a cruise ship over the New Year's holiday. Remember the scene after the boat flips upside down where some of the crew and passengers climb up the inverted Christmas tree to reach the upper decks of the ship? Yeah--the ship still had its Christmas tree decorated and standing in one of the grand halls during the holiday cruise. Maybe some of the harrowing attempts at survival will be inspirational on the island. If I ever get desperate enough to think I can rescue myself from the island by trying to swim out into the ocean, I think Shelley Winters' final scene may set me straight. Don't be a hero, Joanna. 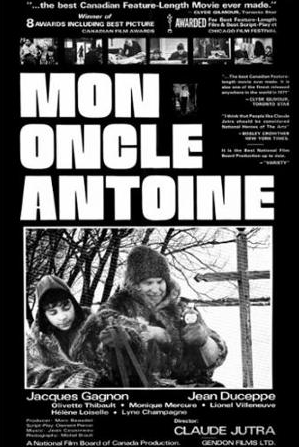 If I'm going to be on this island for awhile, I'll crave a bit of art and culture too. This award-winning, critically-praised masterpiece of Canadian filmmaking takes place over Christmas. Although the emotions in this story are heavy, perhaps even smothering--it is NOT a sugary treat--this film is a brilliant reminder of the subtlety of emotion and the complexity of human experiences. I anticipate needing some edification as well as something complex enough to stimulate and satisfy the intellectual side of my brain while on this island. This should do. 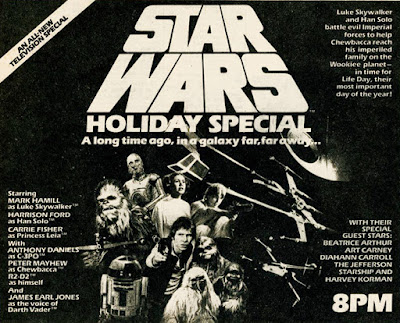 If you haven't already figured it out, I wouldn't really enjoy being stuck on a tropical island. The experience doesn't sound like paradise to me--it resembles torture.  So if I'm on a deserted island, my efforts will focus on trying to escape. Here's my best plan: request that the Star Wars Holiday Special be made available to me on my island. Since the 2 hour production no longer officially exists (George Lucas stopped acknowledging its existence decades ago), any search for an official print of the movie will alert certain people of importance. Disney purchased the Lucas catalog a few years back--so aggressive Disney lawyers will become involved. After they hunt down my location to deliver a cease & desist/restraint order, I'll have access to a lawyer's boat to escape my deserted island! My plan doesn't require me to actually watch the absolutely awful Star Wars Holiday Special--not again, please!--but merely to request a print for my island visit.

However, if somehow my brilliant plan doesn't work--and I do acquire a copy for The Star Wars Holiday Special for my deserted island experience, and anyone else ever washes ashore, then this movie will give us a laughable conversation piece for the rest of our long lives!

If you were to take five classic holiday movies with you to an island, which ones would you choose? Please feel free to check out the other lists of 5 Classic Movies on an Island at Classic Film & TV Café.