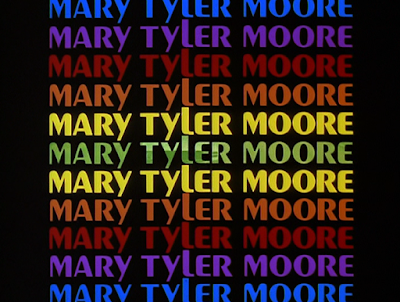 If you were to make a Top 10 list of classic Christmas TV episodes, what would be on that list? Quite a few people--including myself--would list the 1970 holiday episode from The Mary Tyler Moore Show. Let's look at the episode again and see what makes it stand out.


In "Christmas and the Hard-Luck Kid II," Mary is in the holiday spirit. She's elaborately decorated her desk at work with a trimmed mini tree, a Santa with his sleigh and reindeer, and a lettered banner draped across the front of the desk. Her boss Lou Grant teases her about not having a Nativity display too, but she opens a desk drawer to reveal that she ran out of room on the desk top.

Mary's cheerful enthusiasm for Christmas makes it that much more difficult for Lou to inform her that she's expected to work in the newsroom on Christmas. As bravely as she can, Mary cancels her travel plans to spend Christmas Eve with her parents. She's having a hard time imagining what Christmas will be like if she has to spend it working at the office.


Explaining her predicament to her friend, Rhoda agrees to spend the evening with Mary on the 24th sharing dinner and exchanging gifts. Even if Mary can't be with her family, at least she won't be alone.

In the newsroom on Christmas Eve, Ted Baxter hands out gifts to the everyone in the office--an LP recording of himself reading the highlights of the Year in Review. And, Mary and news writer Murray Slaughter exchange gifts. Mary is doing her best to not feel depressed. But then, a co-worker named Fred asks if Mary would be willing to cover his shift in the newsroom that evening so he could spend Christmas Eve with his wife and children. Mary can't say no, even if it makes her feel worse.


Mary runs back to her apartment for a few minutes in the afternoon to grab a quick bite before returning to cover Fred's evening shift at the newsroom. Although their plans for the evening have to be canceled, Rhoda insists that Mary open the giant gift she's gotten for her.


Although it will be a slow night for news, someone must be available in the newsroom all evening. Not only is she alone in the newsroom, but Mary is mostly alone in the building too. Feeling lonely and miserable, Mary watches TV to pass the time. When she hears noises outside the newsroom in the hallway, she becomes frightened and worries about her safety.


Much to her surprise, the noise of the elevator was her friends Mr. Grant, Murray and Ted who have come to keep her company for the last thirty minutes of the shift. At midnight, they are taking her out for a drink and to celebrate Christmas. Mary couldn't be happier to see her friends haven't forgotten her.

This is just one of many episodes of The Mary Tyler Moore Show in which the co-workers at the WJM newsroom act as meaningful friends, or a workplace family for each other. This holiday episode isn't the first time a workplace family chose to spend Christmas together, but it is one of the best examples. And, the TV trend to feature friends as one's chosen family sharing Christmas together certainly became more popular following this particular episode, and the landmark 1970s series.


So, what's with the weird title of this episode "Christmas and the Hard-Luck Kid II?" This is where your knowledge of Christmas TV history becomes useful. Remember the 1966 Christmas episode of That Girl--Marlo Thomas as Ann Marie shares the story of a previous year when she spent a lonely Christmas at a boarding school babysitting a student whose parents were away.  James L. Brooks wrote that 1966 episode entitled "Christmas and the Hard Luck Kid." When he wrote this Mary Tyler Moore Show episode exploring similar themes of loneliness and working over the holiday, Brooks referenced the earlier episode. Now that makes sense, right? Check out my discussion of the 1966 Christmas episode of That Girl again HERE.


You know, this isn't the only holiday episode of The Mary Tyler Moore Show, right? In 1974, there was an episode entitled "Not a Christmas Story" which has grown to become one of TV viewers' favorite Christmas episodes. You remember it--Sue Ann Niven is taping her Christmas cooking show and insists that her friends in the newsroom join her to eat the international feast she's prepared. It's a hilarious story because the friends are fighting and no one wants to be in the same room with each other. Sue Ann's manipulations are outrageous. Read my discussion of this fifth season episode again HERE.


If you're like me and you can't watch enough of Mary Tyler Moore, I recommend watching the 1963 holiday episode of The Dick Van Dyke Show entitled "The Alan Brady Show Presents." The variety show-within-a-show features Buddy, Sally, Rob and Laura Petrie, and Mel Cooley showing off their talents for a Christmas episode of The Alan Brady Show. I break down the unforgettable first musical sketch of that episode HERE. This episode makes my Top 10 list of classic Christmas episodes too.

Have you got a Top 10 list of classic Christmas TV episodes? Feel free to share your comments below.