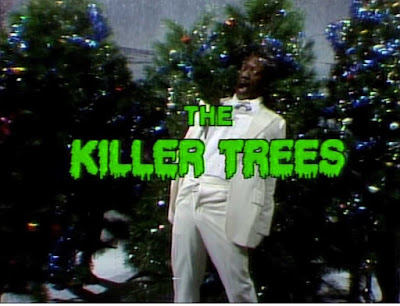 RigbyMel says: Of late, I’ve been partial to the “Two A-holes in a Live Nativity Scene” sketch from Season 32 starring Kristen Wiig and Jason Sudeikis. “Whaddaya want for Christmas, babe?” “A beach … and a donkey.”

RigbyMel says: Everything really. We have special favorites that MUST be watched during the holiday season every year, but I enjoy checking out new and “new to me” holiday programming as well. 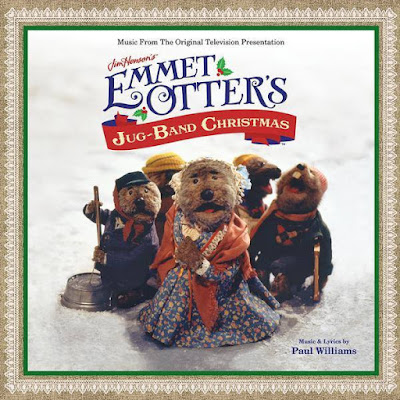 J.A. Morris says: I’m going with Vince Guaraldi’s soundtrack for A Charlie Brown Christmas. It doesn’t really feel like the holiday season until I hear this classic Christmas music.

RigbyMel says: I also love the soundtrack to A Charlie Brown Christmas, but will plunk for a more recent soundtrack as well since I seem to quote songs from 2008’s A Colbert Christmas: The Greatest Gift of All! year round! (Especially bits from “Please Be Patient” and “Little Dealer Boy”!) Also Emmet Otter’s Jug Band Christmas because, of course!

J.A. Morris says:
I’ve noticed that cable networks have acknowledged that people are still interested in watching Christmas movies and specials after Christmas Day. For a long time, this was not the case and it’s nice to flip channels on December 27 and stumble on Clark Griswold or a Rankin-Bass special.

RigbyMel says:
I agree with J.A. It’s also nice that recently, more attention has been paid to other holidays and traditions like Hanukkah and Kwanzaa. For example, watch Crazy Ex-Girlfriend: “My Mom, Greg’s Mom and Josh’s Sweet Dance Moves!” (2015) and Everybody Hates Chris: “Everybody Hates Kwanzaa” (2007) or Jon Stewart’s Hanukkah song in A Colbert Christmas (2008).