My three favorite Christmas specials with an environmental message: 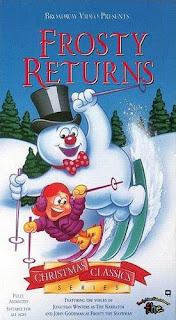 Jonathan Winters narrates this secondary Frosty tale where the lively snowman, voiced by John Goodman, befriends kids Holly and Charles. The children in this town are looking forward to the Winter Carnival but a businessman develops a chemical spray called ‘Summer Wheezes’ which makes the snow disappear. Most of the adults in town who find snow only a chore are quick to buy the new snow removal product but Holly, Charles and Frosty are concerned with the effects of the elimination of snow. Implied is the kid-friendly, environmental message that we need snow and the water it brings in order for the Earth to remain healthy.

This TV special is produced and directed by Bill Melendez, who also produced/directed A Charlie Brown Christmas. John Goodman sings ‘Let There Be Snow,’ an original song by Mark Mothersbaugh. 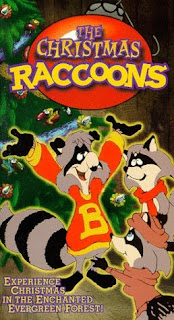 This ecological Christmas story attempts to address the problem of chopping down trees at Christmas time. A young brother and sister, Tom and Julie, fall asleep worried about trees being chopped down in the forest where they live. They dream about three raccoons who lose their home in the forest to a reckless, profiteering lumber baron, Cyril Sneer, who is chopping down all the trees, devastating the forest. Cyril’s son, Cedric tries to convince his father of the damage he’s doing but the father is too greedy to appreciate the consequences of his actions. Eventually, Tom, Julie and the raccoons convince Cyril to replant saplings in an effort at responsible, sustainable lumbering. But is it too late for the raccoons to find a home for Christmas?

Narration is voiced by Rich Little and music provided by Rita Coolidge and Rupert Holmes. The characters of the Raccoons inspired an animated TV series popular in Canada.

This popular cartoon was supported by the National Film Board of Canada, directed by Les Drew and produced by Sidney Goldsmith. Obviously inspired by Dickens’ “A Christmas Carol”, this environmental tale sees Mr. Stooge, the head of the energy company not stingy but rather wasteful with his power sources during an energy crisis. Power employee, Bob Scratchit is more conscientious and conservative about energy at the holiday. Three ghosts visit Stooge overnight, teaching him about energy resources in the past, present and the future, and the consequences of wastefulness. Produced in part by The Office of Energy Conservation, this Canadian cartoon is a blast from the past with a message that’s become contemporary again.
Posted by Joanna at 12:41 PM