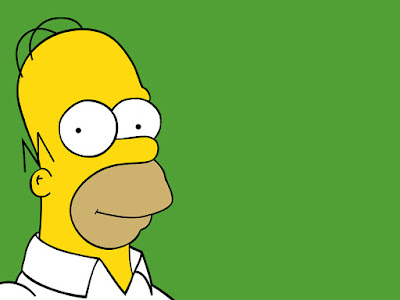 In the 2011 Christmas episode "Holidays of Future Passed" on The Simpsons you'll find one of my favorite holiday jokes.  Homer finds himself contemplating what his life would be like if he'd never seen the movie It's A Wonderful Life.  Not only have we all seen the classic Jimmy Stewart movie umpteen times, but many of us have seen the endless re-makes, adaptations, and re-tellings of the familiar story told each year on television episodes, specials and movies.  Some of them are done creatively and inspire viewers to re-visit the original meaning of the movie.  And, some of the re-makes are done so poorly, it inspires viewers to change the channel.  Were you aware that it all began with a short story entitled The Greatest Gift?

The Greatest Gift is a short story written by Philip Van Doren Stern.  It was originally given out as a Christmas card by the author in 1943 and then he sold the movie rights.  Several years later, director Frank Capra read it and saw the potential for a movie he'd like to make.  The rest is Hollywood history.  The original short story has since become a book.  If you get a copy of the deluxe edition from Penguin Books published in 1996 on the 50th anniversary of the release of the movie It's A Wonderful Life, you'll be able to read an afterword by Marguerite Stern Robinson, the daughter of the author, who provides some history behind her father's great short story and its legacy.


Fans of It's A Wonderful Life will surely love to read the original inspiration for the movie.  It's also quite interesting to see how efficient the short story is compared to the full-length movie that is filled with many small details and more characters.  The short story begins on the bridge on Christmas Eve with our character George contemplating killing himself when he meets his guardian angel.  When George confesses he wished he'd never been born, the stranger helps him by making his wish come true.  Then George is sent on his way, no longer having to worry about his troubles, his responsibilities, his wife or his children any longer.  The stranger also hands him a bag filled with cleaning brushes from The World Cleaning Company (think door-to-door brush salesman)--to help make it easier for George to start conversations with a town full of people who no longer know him.  Obviously, what George discovers is that his life meant something to those whom he met and worked with.  George learns he made a difference in the world and everyone's life touches everyone else's whether we recognize it or not.  It is essentially the same story as the much-beloved Christmas movie.


But there are a few differences.  Besides being boiled down (you can easily read it less than an hour), the short story also has a few structural differences.  The long back history in the movie of George Bailey's life growing up in Bedford Falls is gone.  The story starts with George standing on the edge of the bridge wanting to jump.  But another difference is worth noting--the brushes he's given by his magical stranger seem to replace Clarence's gift of the book from the movie. Even if you're not a big fan of It's a Wonderful Life, it's still fascinating to read the story that started it all.

Have you read this short story before?  What other Christmas books do you like to read?
Posted by Joanna at 8:31 PM

Email ThisBlogThis!Share to TwitterShare to FacebookShare to Pinterest
Labels: It's a Wonderful Life