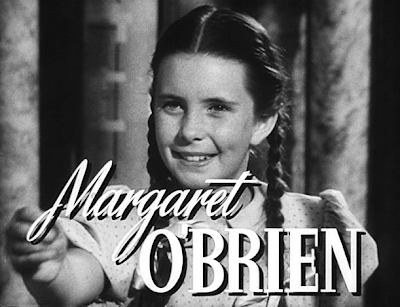 I'm really looking forward to being at the Mid-Atlantic Nostalgia Convention on Sept. 19th-21st, 2013.   One of the celebrity guests I'm most excited about meeting is actress Margaret O'Brien who has appeared in several theatrical release movies with significant Christmas scenes.  Surely you know that O'Brien played the youngest sister Tootie in the 1944 movie Meet Me in St. Louis.   It is Tootie to whom older sister Ester, played by Judy Garland, sings the now iconic holiday song "Have Yourself a Merry Little Christmas" in that film. 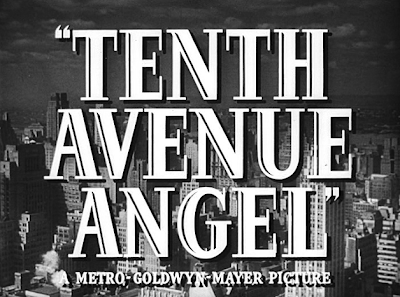 However O'Brien plays the lead role in 1948's Tenth Avenue Angel, an MGM movie directed by Roy Rowland which has an emotional climax that takes place on Christmas Eve.  It is this movie which I'd like to focus my attention on now.


O'Brien plays 8 year-old Flavia Mills, a confident outgoing girl who delights in knowing everyone--and everyone's business--in her Tenth Avenue, downtown New York, neighborhood.  But she learns a hard lesson when she first discovers that not everything her mother tells her is true.  When young Flavia is afraid of mice, she is told that mice are good luck because they turn into money.  After discovering that this isn't true, Flavia painfully realizes her favorite friend Steve didn’t travel around the world, as she was told, but was sent away to prison.


Feeling betrayed and lied to by her family, Flavia isn't quite sure what to believe anymore.  On Christmas Eve, Flavia's mother falls down a flight of steps and pre-maturely gives birth to the child she was carrying.  The doctor explains that while the baby will be okay, her mother's health is jeopardized.  Earlier Flavia had been told that cows kneel every Christmas Eve when they feel God's presence close to them--as cows have always done since the birth of the baby Jesus in the stable at Bethlehem.  Choosing to believe with her heart rather than her head, Flavia sets off in the night, alone on Christmas Eve in search of a cow in lower Manhattan.   The little girl desperately wants to offer up a prayer on behalf of her mother when God comes nearest the animals on that cold December night.


This is another one of those old Hollywood movies that has you in tears, rooting for a miracle at Christmas time.  It's also a thoughtful movie that urges viewers to consider larger issues such as the difference between fairy tales and reality, innocence and cynicism, freedom and destiny, and knowledge gained from one's mind and from one's heart.  It's the perfect sort of movie to watch at Christmas time when we reconsider what is most important in our lives and we are looking to be reminded of our emotional truths.


I've seen this movie airing on TCM at holiday time--is this one of your annual favorites to watch?  If you're interested, it is available for viewing on DVD from the Warner Archive.  What's your favorite Margaret O'Brien role?
Posted by Joanna at 5:56 PM