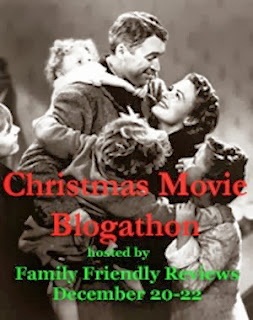 
I wanted to share about the 1987 TV special A Child's Christmas in Wales--even though many people have never heard of it.  Maybe, precisely because many people have never heard of it.  Even if you won't find it airing this year amongst your many favorite Christmas TV favorites--it is easily found on numerous, almost generic, Christmas movie collections on DVD being sold at WalMart and similar retailers.  I'd like the opportunity to share with you the specialness of this hour-long TV special--and why you shouldn't overlook it.

If the title sounds at all familiar, maybe you recognize that this TV special is adapted from a short story/prose poem by the same title written by one of the great modern poets, Dylan Thomas.  (It's also possible that you've heard the story before--Dylan Thomas originally read it on radio broadcasts which he regularly participated in).  Much of the original story is found in this TV special--it is heard as the words of the story's narrator, Old Geraint, as he shares his memories of Christmases past with his grandson Thomas.  Elevating this TV program into art, Dylan Thomas' original lyrical words and grand imagery are used in the narration by Geraint.


The TV special has a short introduction with a family gathered together on Christmas Eve, decorating the tree. Young Thomas is allowed to open one special gift--a snowglobe containing a miniature Welsh village-- and the grandfather, Old Geraint, begins to share his memories of the Christmases of his youth spent in Wales.  We then cut to many filmed scenes depicting turn-of-the-twentieth-century Christmas moments as narrated by Old Geraint as a child.  There are scenes of snowball fights, the extended family gathered together for Christmas dinner with blazing puddings, roasted chestnuts, and Christmas crackers.  The narrator discusses the joyful anticipation of waiting for the postman to make his daily holiday deliveries, and about Christmas presents--both useful ones like scarves and hats, as well as "useless ones," such as toys and candies.


While some of these Christmas memories are general reminiscences about Christmas traditions, others are very specific experiences.  There’s a story of the fire brigade called to a neighbor's home to extinguish a smoky chair lit from an abandoned tobacco pipe.  There's also another story of a group of young boys who go caroling and end up frightening themselves when they sing at the door of a stranger's home and hear a weak and fragile voice on the other side of the front door join them in song.

Though the scenes described above may not sound anything but ordinary--that is exactly the point of Dylan Thomas' story and this TV special.  Even Geraint expresses that his childhood experiences were quite ordinary ones--typical of the times and probably much like other peoples' Christmas traditions.  The joy of this hour-long TV program lies not necessarily in the stories themselves but in the act of remembering and sharing these memories with younger family members.


This TV special (and original prose story) celebrate the Christmas tradition of recalling years past.  The belief that "Christmas is for children" doesn't just mean actual children, but also that Christmas is about returning to one's own childhood experiences to re-live those pleasant, joyful holiday moments from the past.  What I love about A Child's Christmas in Wales is that it is a reminder that some of our most cherished Christmas experiences include the tradition of reminiscing itself.  We should allow ourselves to indulge in recalling wonderful and warm holiday memories, and to share this tradition with the young ones in our lives.  Reminiscing is as much a part of Christmas tradition as decorating the tree and singing carols.


Joanna Wilson is a TV researcher and book author specializing in Christmas entertainment. More about the TV programs mentioned on this website can be found in her book "Tis the Season TV: the Encyclopedia of Christmas-themed Episodes, Specials, and Made-for-TV Movies." Her latest book "Triple Dog Dare: Watching--& Surviving--the 24-Hour Marathon of A Christmas Story" was released in 2016. She is currently updating and expanding the encyclopedia for a 2021 release. Her books can be found at the publisher's website: 1701 press.com