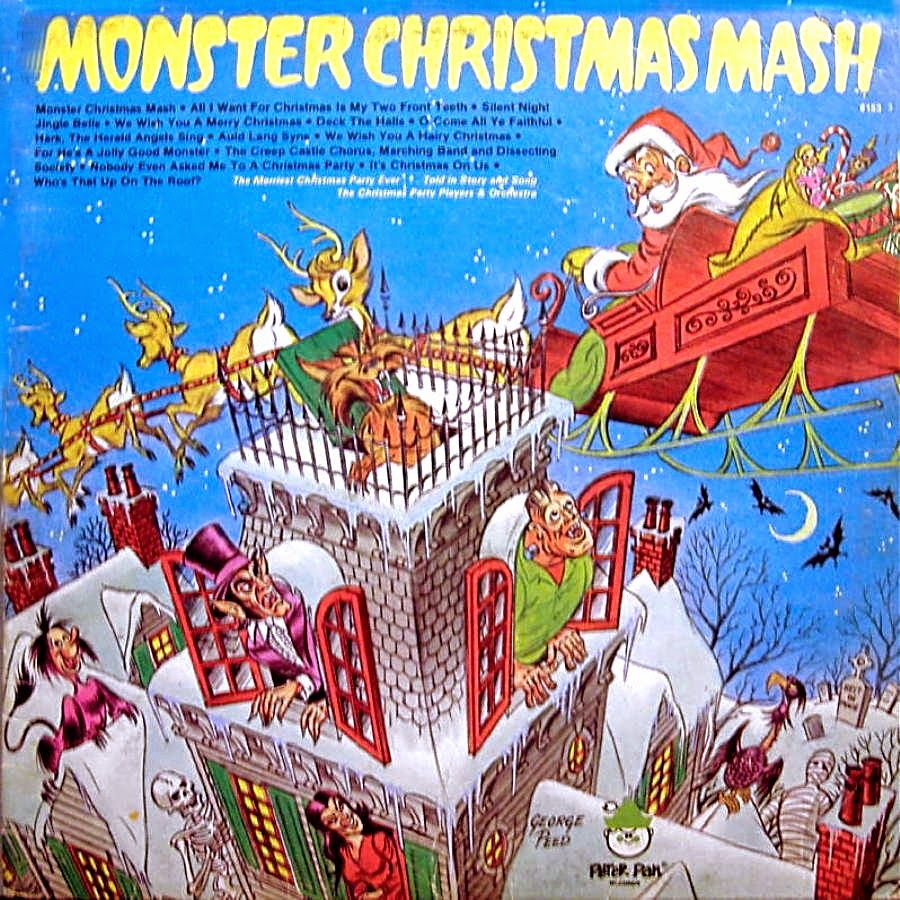 Christmas TV Party 2014: D.X. Ferris is an Ohio Society of Professional Journalists Reporter of the Year.  He has written two books about thrash-metal icons Slayer, including the new full-length biography, Slayer 66 2/3: The Jeff & Dave Years. And he’s an active Christmas enthusiast.

1) What is the first Christmas special you remember watching?
I don’t remember seeing it a first time, but A Charlie Brown Christmas has always been there. And I hope it always will be. Peanuts is a huge part of my personal culture and mythology.

2) Name one Christmas program/movie you enjoy watching all year round.
Your Twitter feed is the only Christmas thing I steadily monitor all year. I love Christmas culture, but I try to keep it confined to the season; I’m not a year-round-Christmas kind of person. I used to have a hard, inflexible policy of “no Xmas anything” before Thanksgiving or after New Year’s Day.

One of my favorite pieces of Christmas literature is the comic book story “The Stifflemix Diaries” by Doug Wheeler & Tim Sale. It takes place in a future world where it’s illegal to even say “Christmas” in the off-season. The law was enacted after there were widespread riots when a 4th of July window display featured the Founding Fathers in Santa Claus suits. That used to seem like a sensible policy to me.

But now that I have kids, the time goes by so fast, I’ve relaxed it. If they want to watch Charlie Brown after Thanksgiving, that’s fine. The holiday season seems to blow by in two weeks.

When I was a kid, though, I’d play the Peter Pan Records album Monster Christmas Mash year-round. It’s a bunch of Christmas songs and original tunes strung together with a series of skits. The plot is: A mansion full of iconic monsters decide Santa Claus has to go. It was the original War on Christmas!


3) Name one overlooked, or under-appreciated Christmas program.
The musical Community episode “Regional Holiday Music” was an instant classic. I think so, anyway. And a couple years later, it’s still not getting the recognition it deserves.

Granted: Community is a cult show. But it seems that NBC was actively trying to bury it. There’s no good reason the network didn’t bundle that and the Claymation Xmas episode (“Abed’s Uncontrollable Christmas”) as an hourlong programming block, promote the hell out of it, and make it a big holiday event.

4) Send us to 3 places on the internet.
One of my favorite places on the internet is Wonderful Wonderblog. Site master Erick is into many of the same things I am, and he knows more about all of them. He posts cool things about retro pop culture all year long, like 1970s Mego action figures. And he really comes up with some special stuff for the holiday season.

I’m a lifelong insomniac and night person, so I watch a lot of TV. I think Alan Sepinwall and Maureen Ryan are the best, most correct TV writers. It’s not Ryan’s fault, but Huffington Post TV runs inexcusable headlines and tweets that cross the line from clickbait to straight-up lying—so I’ll just link to Sepinwall’s site:

Shameless self-promotion: My webcomic, “Suburban Metal Dad,” runs every Monday and Friday at Popdose, which is a fun site for music news and views. It’s not just the same old articles that most pop-culture sites retype, rerun, and steal from each other. My comic is terrible punk-rock minimalism, but I’m working on it. If you quote Caddyshack, have kids, like thrash metal, and loathe your co-workers, then I wrote it with you in mind.


5) What are your 3 favorite Christmas episodes of a TV sitcom or drama?
Community’s Christmas episodes from the first three seasons, but I mentioned those already. Weird, I can’t think of any drama Xmas episodes that mean a lot to me. Andrew Dice Clay’s landmark comedy album The Day the Laughter Died was a big part of my holidays when I was younger. But to answer your question…

I love the Louie episode where finding a doll for his daughter drives him to madness. It’s a frank, honest look at the reality of adult Christmas. Once you have kids, all of a sudden, you’re behind the scenes. And instead of basking in that Yueltide magic, you have to work to make it happen. And that’s not nearly as enjoyable.

Trailer Park Boys: Xmas Special — The Dope and Liquor Edition is great. It works as a regular episode, prequel, and Christmas episode. It delivers the show’s regular, character-based, willfully lowbrow humor. It captures the vibe and wonder of a Christmas episode. And it fuses the two while saying some relatively insightful things about the nature of Christmas.

The first Simpsons Christmas, “Simpsons Roasting on an Open Fire,” holds up. When I put that on a videotape in 1989, it was what led me to coin the phrase “DXMas,” which I’m been using since. It’s mainly the title for my ongoing series of Christmas mixtapes. I have around 20 volumes now. I make them at least a year in advance, so they’ll be fresh and surprising when Christmastime hits. And I have a few years’ worth of them ready to go. In recent years, I’ve made DXmas a multimedia extravaganza: My friend Marjorie Blackthorn has been putting together a holiday reader full of articles and pictures for years. And we recently merged mailing lists and started collaborating. So in any given year, my friends get a minimum 60 minutes and 30 pages of Christmas fun.