Time to Pour the Champagne! 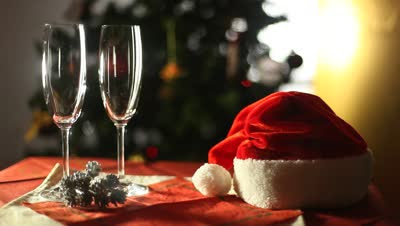 We're celebrating in my office today. Actually the party started yesterday and continues through the weekend. We're drinking champagne (and eating pizza.) I'm proud to announce that this website and its blog have received over three quarters of a million page views as of yesterday. I feel proud of reaching this milestone. And, I want to take this opportunity to thank all my readers for joining me in the accomplishment.

The last five years have been an exhilarating journey of writing and publishing.  I've met people, made new friends, and gained new experiences that exceeded my expectations.  Please indulge me while I reflect on a few of the highlights of the past five years. 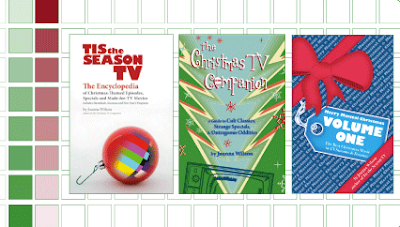 --November 9th 2009 was the release date for my first book The Christmas TV Companion. The content for the first book was derived from the research I did writing the encyclopedia Tis the Season TV.  However, my publisher 1701 Press was able to release The Companion ahead of the encyclopedia because, it was explained to me, an 800-page encyclopedia takes longer to turn into a book than the 140-page Companion. The encyclopedia Tis the Season TV was then released in 2010, and Merry Musical Christmas (Volume 1) was released in 2012. I have two additional books as well--both local history/nostalgia books: A is for Akron (with Karen Starr) (2014) and The Story of Archie the Talking Snowman (2015.)  Merry Musical Christmas (Volume 2) is up next for publication. It is a parents' guide to the best Christmas music found in children's TV programming.  Stay connected to the website here for more news about that. You can purchase all of these book through the publisher 1701 Press HERE.

--In 2010, I was asked to give commentary about Christmas TV specials for The Real Story of Christmas that airs on The History Channel and 25 Most Hilarious Holiday TV Moments for TV Guide Network.  Flying to Los Angeles and then to New York to be interviewed on camera was a lot of fun.  Here's an embarrassing highlight reel from those TV appearances as well as another TV spot from Cleveland OH called Teen Focus. 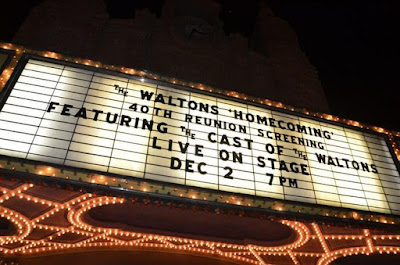 --In 2011, I was invited to take part in the 40th anniversary celebration of the TV movie The Homecoming.  The popular Christmas TV movie was the launch of the TV series The Waltons and so the 2011 event also included a cast reunion of members from the original 1971 movie and the later TV series.  As an expert on Christmas TV movies, I was asked to moderate the cast reunion and discussion at the theater after the screening.  More about those experiences HERE.  What a treat that was.

--In 2012, a reporter from The New York Times called me asking for commentary about Christmas horror movies upon the release of the movie Silent Night.  See how he ended up quoting me HERE. That was such an honor!  And, I'm eager to see what opportunities open up in the future.

I've spent the past five years meeting readers and making friends as well.  How lucky I am to have the best readers!  Thanks for all your support.


I'm looking forward to writing more about Christmas entertainment. I hope you'll join me in recalling all our favorite Christmas TV episodes, specials and movies here on the blog.  Do you have your copy of the encyclopedia, The Companion, and Merry Musical Christmas yet?  I hope you are as excited as I am to reach the next milestone: 1 million page views on this website.  Now if I can just see that same level of success in book sales.....
Thanks for joining me on this journey.