Friday, December 2 at the Legendary Loews Jersey Theatre in Jersey City, NJ was the once-in-a-lifetime 40th anniversary screening of the Christmas TV movie The Homecoming and a 13 member cast reunion from The Waltons.  I was there and a part of the event, serving as the reunion cast panel discussion moderator.  Click here for Reunion Recap--Part 1.

The week before the Dec. 2nd event was filled with activities.  On Monday, I interviewed actor David Huddleston.  David portrayed Sheriff Ep Bridges in The Homecoming and the character A.J. Covington in the first season Waltons episode "The Literary Man."  But the character actor has a long life filled with amazing roles including Jeffrey Lebowski in The Big Lebowski, Olson Johnson in Blazing Saddles and my favorite:  Santa in 1985's Santa Claus: The Movie.

After the Waltons cast arrived in New Jersey on Thursday, all of those involved in the production went to visit the newly opened 9/11 Memorial.  If you go, bring twice as many tissues as you think you will need.  It's very sad there but the Survivor Tree is inspirational. 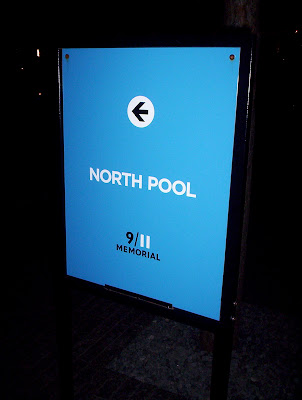 On Friday morning, The Waltons cast appeared on the Today Show.

Friday afternoon, we had a sponsorship luncheon.  A cake decorator, Candy Repsher Knappenberger and her crew from Pennsylvania, presented an amazing cake of the Waltons home, barn, shed and truck.  Notice the lights within the cake in the windows!  It was a sight to behold and an emotional moment for everyone there.  The dedication that went in to making this cake was breathtaking.

Friday night we had a red carpet arrival at the theater with limos, cameras and screaming fans for the Waltons cast.  It was exciting.

After the event, I enjoyed a relaxing dinner with Radames Pera and his wife Marsha Mann.  Of course, the conversation eventually turned to rock n' roll where we discussed the LA underground scene and Mann's band Cipher in the late 1970s-early 1980s, Sonic Youth, Love & Rockets, Black Rebel Motorcycle Club, the Black Keys, the Killers and more.


The following day, on Saturday Dec. 3rd, a group of us went into Greenwich Village to see Richard Thomas in the off-Broadway comedy, Standing on Ceremony.  I've been to the City several times but this was my first New York theater experience.  It was amazing!  The cast included Richard Thomas, Craig Bierko, Polly Draper, Harriet Harris, Mark Consuelos and Beth Leavel.  Anderson Cooper was in the audience that night!


The whole week was whirlwind of activities and experiences.  I'm very grateful to McCastmore productions for including me in the program and allowing me to be a part of the event.