While media critics debate over which adaptation of Charles Dickens' tale A Christmas Carol is better than the rest, let me throw in my two cents.  In my top five picks, I'm less concerned with faithfulness to the original text but rather its ability to entertain year after year.  In no particular order:

Bill Murray comedies are some of my favorite films.  I love that the Scrooge character, Bill Murray's Frank Cross, is a TV network executive who has lost his heart while producing the grandiose and grotesque show-within-a-show TV special Scrooge.  This story's details are what make the film stand up over repeated viewings.  I love the parody clips shown at the movie’s opening.  These are promos being watched by the IBC Network execs previewing the holiday TV specials for that season.  They include the ultra violent The Night the Reindeer Died starring Lee Majors as a commando who saves the North Pole, Bob Goulet’s Old Fashioned Cajun Christmas with the popular entertainer singing and boating through the swamps, and a sappy sitcom holiday episode of the TV series Father Loves Beaver.  Do you recognize jazz legend Miles Davis as the trumpet playing street musician in a brief scene? How about Hollywood bad boy Robert Mitchum as Frank Cross' boss--or Dynasty's Blake Carrington actor John Forsythe as the Jacob Marley character, Lew Hayward.  That's barely scratching the surface of the great cast and witty cultural references found in this film. 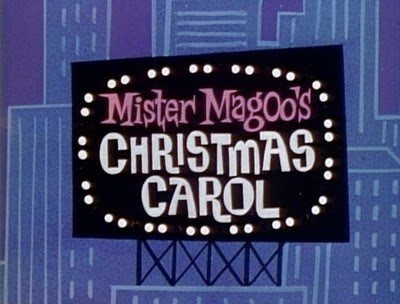 This is the very first animated special made specifically for television.  Yes, two years before the Rankin/Bass classic Rudolph, the Red-Nosed Reindeer.  The story is another show-within-a-show format, however here the near-blind Magoo plays Scrooge in a Broadway musical.  Not only is the character design visually distinctive and stunning, the music is equally top-notch, penned by Jule Styne and Bob Merrill.

Though this story is self-contained, fans of the British TV comedy Black Adder will get even more enjoyment from the ridiculousness of the story and characters.  In this Christmas special, Ebenezer Blackadder is the kindest, most generous man in Nineteenth Century London.  But when the Ghost of Christmas visits him and shows him visions of his conniving ancestors, Black Adder decides to change his ways and pursue the earthly rewards of a villainous lifestyle!  This reverse Christmas Carol is too good to be overlooked.

This Academy Award-winning animated short (it runs an efficient 30 minutes) is a true classic. Right from the start, viewers can recognize that this is a high quality production.  The smudgy look of the dark streets of Victorian London to the extreme close up shots of Ebenezer’s blue eyes as he disparages Christmas, mark this cel animated tale as visually breathtaking.  However, it has a superior voice cast as well, including Alastair Sim as Scrooge.  Remember him in 1951's filmed version of A Christmas Carol?  It's the film most often cited as critics' favorite adaption in large part to Sim's performance in the lead role.  The 1971 animated classic incorporates a exceptionally spooky ghost of Jacob Marley--it's unforgettable. 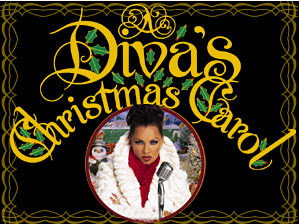 Scoff if you must, but this TV movie still remains entertaining.  With multiple references to 1980s-90s music industry and show business culture, this Scrooge story still rocks.  Vanessa Williams makes a convincing female Scrooge--far superior to Susan Lucci's Ebbie, Cicely Tyson's Ms. Scrooge or even Tori Spelling's A Carol Christmas.  Williams is so convincing, she successfully turned her wicked diva role into a full-time character as magazine mogul Wilhelmina Slater on TV's Ugly Betty.  In addition to Williams and her amazing vocal talents, this movie also features Duran Duran's John Taylor as the Ghost of Christmas Present, Rozonda 'Chili' Thomas from 1990's pop group TLC as Marli Jacob, the deliciously opinionated Kathy Griffin as the Ghost of Christmas Past, and even legendary record producer Nile Rodgers appears as himself.  This TV movie has the right sense of humor when Ebony, the selfish demanding pop star is mocked by The Ghost of Christmas Future (a Behind the Music documentary) who shows her her potential inflammatory tombstone inscription: "She was the wind beneath our wings."  Who wouldn't be transformed by that threat?

Though my top five may be comedy heavy, I'm not alone in taking pleasure in laughing during what sometimes can be the wearying and exhausting holiday season.  With the exception of the hard-to-find 1971 animated Christmas Carol, all these comedies are available for viewing on DVD.

What are your favorite versions of A Christmas Carol?  Do you watch it every year?
Posted by Joanna at 7:23 PM