In my new book Merry Musical Christmas Vol. 1, I discuss the best Christmas music in TV sitcoms and dramas.  Two days ago, I composed a post with excerpts from the new book about the 1963 musical Christmas episode of The Dick Van Dyke Show.  Click HERE to see that again.  The new book includes discussions of memorable Christmas musical moments throughout the history of TV--including ones released just last year.  Let me share one significant element from last year's episode of Glee. 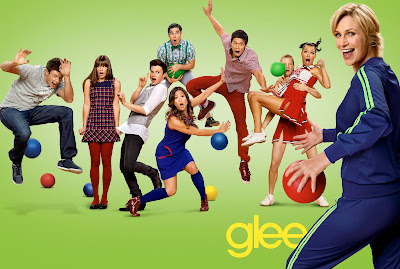 Though there are nine songs performed in this episode, three of them are performed on Arnie's set while taping a local TV special.  I want to focus my discussion today on the three performances on Artie's TV Special set.  (In Merry Musical Christmas Vol. 1, you can find the rest of the musical moments of the 2011 Christmas episode of Glee covered in detail).


Excerpt from the final chapter in Merry Musical Christmas, Vol. 1:

"The third season of Glee produced another outstanding holiday episode, 2011’s “Extraordinary Merry Christmas.”  Although the Glee Club members promise Coach Sylvester they will volunteer at a local homeless shelter, most of them cancel when a new opportunity arises.  The New Directions star in a musical Christmas special for local television.  Under Artie’s direction, “The Glee Holiday Spectacular” combines the best of two of his favorite TV specials:  the Christmas episode of The Judy Garland Show and the Star Wars Holiday Special."


"During the taping of the TV special, Blaine and Kurt sing “Let It Snow” on a set that looks just like the one in Judy Garland’s TV special--a re-creation of Judy’s own living room on Rockingham Dr. in her Brentwood home during the taping of the 1963 Christmas TV show.  At the piano, Rachel sings “My Favorite Things” and later Finn and Puck dressed as Star Wars characters Luke Skywalker and Han Solo, perform a rockin’ version of “Santa Claus is Coming to Town” in the style of Bruce Springsteen’s version of the holiday classic.  Dressed as a sexy female Santa, Brittany sings a lively version of the 1980s hit “Christmas Wrapping.”   Brittany’s song is accompanied by a ribbon twirling dance routine with the other New Directions dancers including Tina and Mike.  This production number actually pays tribute to a dance number in the original Judy Garland Christmas show, in which a frenzied group of Santa Claus dancers bursts through her front door to perform a fast-paced Charleston dance number."

"The appeal of this third season Glee Christmas episode is the tipping of their hat to two somewhat rare but real TV specials from the past: the 1963 Christmas episode of the black-and-white variety series The Judy Garland Show and the 1978 bomb Star Wars Holiday Special which aired only once on TV but has since cast a long shadow.  The only elements from the Star Wars TV special here are the Han Solo, Luke Skywalker, and Chewbacca costumes."


"However, Artie’s TV special recreates many elements from the original Judy Garland Show including the living room set which looks identical to the 1963 set.  Other similarities include the fact that Artie’s special is also shot in black-and-white, Kurt addresses the camera to invite viewers into the living room set, and the Santa Claus dancers.  While Judy’s original TV special included several songs from the musical Oliver!, this Glee episode includes Rachel singing “My Favorite Things” from another Broadway hit, The Sound of Music."

"The music from this 2011 Glee Christmas episode was also released as an album.  Just like the previous Glee cast Christmas album, there are holiday music standards that are not included in the episode, such as “Santa Baby,” “Do You Hear What I Hear,” and “Little Drummer Boy.”  Buyers should also know that the song “My Favorite Things” is not on the Glee cast Christmas album although the single is for sale by itself." 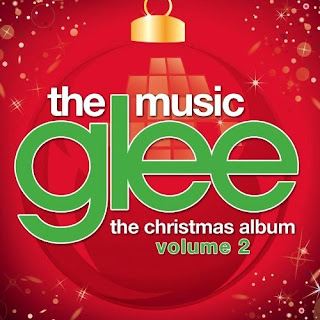 Have you seen Judy Garland's 1963 Christmas show before?  You really should--it's a quintessential example of the TV variety special.  Judy welcomes singers Jack Jones and Mel Tormé as her guests.  Viewers are also treated to entertainment by Judy's children--a teenaged Liza Minnelli, and younger siblings, Lorne and Joe Luft.  Glee pays a wonderful tribute to Judy's original show that I'm glad has not been forgotten.


Not only is The Judy Garland Show's Christmas episode available on DVD for purchase, but it's also on youtube:

Are you looking forward to the 2012 Christmas episode of Glee?  It airs Thurs, Dec. 13th at 9pm (ET) on Fox.  I can't wait to see what surprises the series brings to this year's Christmas episode.  What's your favorite musical moment in a Christmas-themed sitcom or drama?
Posted by Joanna at 2:16 PM