Today's essay centers on the 1964 Rankin/Bass Animagic TV special Rudolph the Red-Nosed Reindeer written by Brandon Holthaus.  Holthaus is a 27 year old videographer, photographer, and video editor from Baltimore, MD.  He has worked in television production for 5 years and was a writer for the PBS show, MotorWeek. 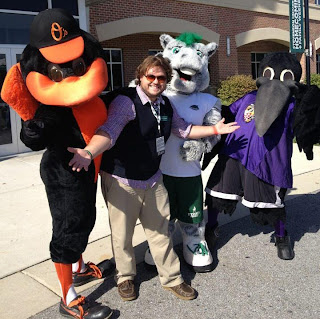 When not working behind the camera, Brandon is a podcaster on two weekly shows, What The Puck?!, a Washington Capitals podcast, and The Caw, a Baltimore Ravens podcast.  Each show is available for free on iTunes and Stitcher Radio as well as whatthepuckcaps.brandocash.com and thecaw.brandocash.com.  You can follow Brandon on twitter @BrandoCash.   Many thanks to Brandon for sharing his essay. 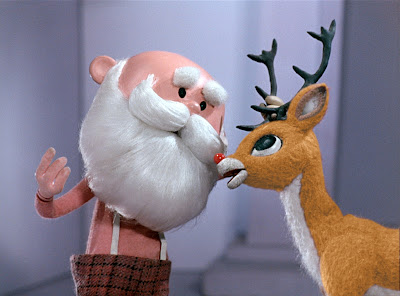 Growing Up with Rudolph
by Brandon Holthaus

Rudolph the Red Nosed Reindeer is an all-around classic.  The 60 minute stop motion animation Christmas special has aired every year since 1964 and is the world’s longest-running and highest-rated television special of all time.   As I have grown up, the show still  remains a staple of my holiday cheer, transforming from a once a year TV show special, to an all December essential as  a VHS tape, recorded from the CBS broadcast, to a DVD, and most recently a Blu Ray.

Rankin/Bass is the company that produced the Rudolph special.  Rudolph was their first stop motion animation special and far from their last.  The special originally aired on NBC and was sponsored by General Electric.  The special was based on a song of the same name originally written by Johnny Marks.  That song was based off of a poem produced in 1939 by Johnny Marks’ brother –in-law, Robert L. May, who was an advertising copywriter for Montgomery Ward.  The poem was created for Montgomery Ward as a gift to the children of shoppers for the store.   Rankin/Bass did not simply buy the rights to the story and create this TV special on their own.  They included the song writer Johnny Marks into production and Marks wrote the music and lyrics for the special. 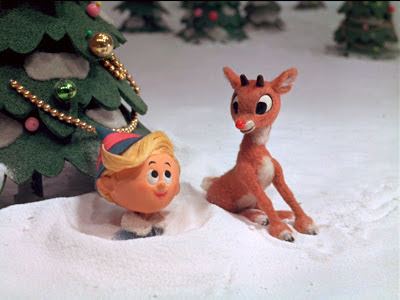 The story of Rudolph the Red Nosed Reindeer is about one of Santa’s reindeer and his, as the TV special puts it, “nonconformity”.  At first Rudolph’s parents try to hide Rudolph’s bright shiny red nose, but it is revealed and Rudolph decides to leave Christmastown.   He meets up with Hermey, a misfit elf, and Yukon Cornelius, the greatest prospector of the north and they have run-ins with the Abominable snow monster, or Bumble, as well as get rejected to live at the Island of Misfit Toys.  So to keep his friends safe, Rudolph decides to venture out alone and he eventually finds his way home to Christmastown.   Rudolph finds out his father, mother, and admirer Clarisse went searching for him, so he leaves again only to find them in the clutches of the Bumble.  Yukon and Hermey return just in time to find out that Rudolph and his family are about to be eaten.  So, Hermey does his best dentistry and Yukon takes down the Bumble with his mitts, falling off a cliff in the process.  Hermey and the reindeer return to Christmastown as heroes and help Santa put the final touches on Christmas.  Yukon returns with the Bumble who he has rehabbed into a friendly Christmas loving creature.  Just as things are looking up, Santa receives a weather report saying a blizzard may have to cancel Christmas, until he realizes Rudolph’s nose, his nonconformity, could guide him through the storm and Christmas is saved. 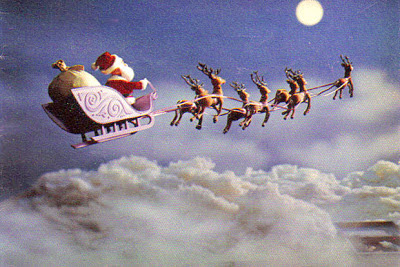 I grew up with cable TV, so I had hundreds and hundreds of channels and 24 hours of entertainment.  A lot of those hours are locked up in a storage vault somewhere and no one remembers them.  Yet this 60 minute special from the '60s has lived on and is a part of the holiday season for a lot of people.  For me this special meant the start of Christmas celebration.  Now as I get older, Christmas seems to be sneaking up on me earlier and earlier every year.  In my younger years, it was not until Santa looked at the camera in the middle of the night yelling “Merry Christmas! MMMMMEEEERRRRYYY CHRISTMAS!” and flying across the moon did the holiday season start.  After I saw this TV special I knew it was Christmas time and wrapping presents, decorating the tree, and putting up the stockings were soon to follow.


The fun thing about growing up in the '90s-and 2000s was the resurgence of Rudolph in the Christmas culture.  Everyone watched the show as a kid and most grew out of it.  While I was in my teen years, a company called Enesco began making Rudolph the Red Nosed Reindeer figurines.  I collected them all and I would create scenes from the TV special on a shelf in the living room.  I still put up the figurines every year.

Another aspect of growing up in the '90s and 2000s was the new technology for entertainment that was created.  One of the greatest features of DVDs were the bonus features.  Included would be deleted scenes, sometimes gag reels, and making of featurettes.  Rudolph went a step further and put in scenes that I did not remember growing up with into the special.  When I would research the special, one of the dropped storylines from the CBS telecast was why Yukon would lick his ax after throwing it in the air and landing in the ice.  I remember watching the DVD for the first time like it was yesterday.  As Rudolph was taking off and leading Santa’s sleigh a scene from the ground that I had never seen before comes on with Yukon throwing his ax in the air and licking it and saying, “Peppermint!” I jumped out of my seat because here was a scene from a special I had watched my entire life that I had always heard about, but never saw for myself.  Yukon wasn’t licking his ax hoping to find silver and gold; he was licking it to find peppermint! 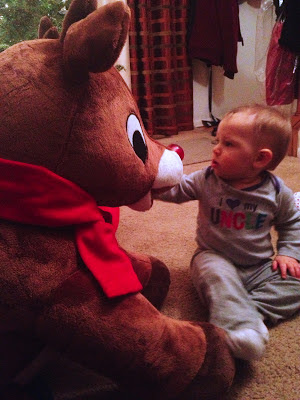 Now in my adult life, I still get to watch Rudolph every year, but the best part of watching now is I get to watch it with my Goddaughter, Brooke.  She had her first Christmas this past year and as any good Godfather and Rudolph enthusiast, I did what had to be done.  I bought my Goddaughter the biggest Rudolph stuffed animal with light up nose that I could find.  She had already watched the special and fell in love with it.  Now she gets to grow up and someday be bigger than the Rudolph she got on her first Christmas.

Rudolph the Red Nosed Reindeer grew with new technology and I grew up along with it.  Now I get to pass my love for Christmas and Rudolph onto another generation.  There are a few that think the story is all about bullying and should not be on the air anymore and they are missing the point.  Rudolph the Red Nosed Reindeer shows that not everyone is the same and that’s OK because, what makes you different also makes you shine.