Today's essay recalls 1970's animated classic Santa and the Three Bears.  This post comes to us from Jakki Hanna, the founder of the blog Tis the Season and the Yahoo group Christmas Movies and Music.  She also wrote the essay about Santa Claus is Comin' to Town earlier this month.  Thanks Jakki! 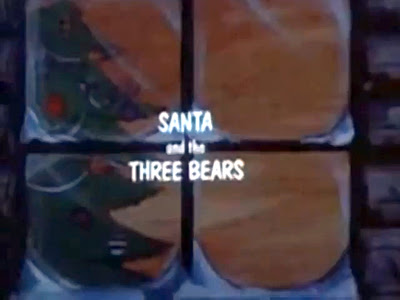 Santa and the 3 Bears is a heartwarming animated tale about 2 precocious bear cubs experiencing Christmas for the very first time, with the help of a jolly park ranger. Mama Bear would rather be hibernating, but can't resist the cub's enthusiasm to know more about this exciting time of year and decides to make an exception if they agree to sleep the rest of the winter after Santa's visit. The film was released in 1970 and originally ran 76-minutes in theaters, but was eventually cut down to 45-minutes for TV airing. Though it has been mistakenly credited as a Hanna-Barbera production, there is in fact no official connection. 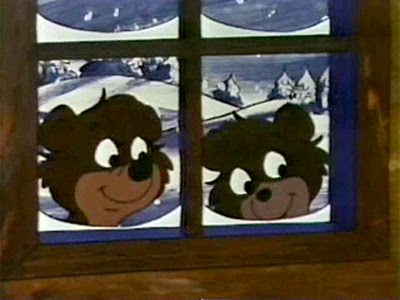 This simple little story has been a favorite of mine for years. I still recall the first time I ever saw it and how it stuck with me years before I knew it by name. It was a weekday afternoon during Christmas break in the late '80s and came across it as I was flipping channels on television. I was excited to see something Christmas related airing at a time of day when all you would usually find is talk shows, soap operas and toddler programming. This was well before 24 hour cartoon networks and easy accessibility to movies through DVD and Netflix, so it had my full attention!

Santa & The Three Bears is not a frenzied, hysterical Christmas special, as commonly seen today, but instead has a understated, classic charm. It also lacks a villainous plot, choosing instead to focus on the discovery of Christmas and all it entails. As the ranger explains our human traditions to the cubs, even a child familiar with Christmas can't help but be drawn in. Christmas just has a profound effect on all who celebrate it, in a way that can't really be explained. This special captured the mystery of that miracle, but is also a snap shot of youthful innocence, where the magic of Santa's visit is all too real. 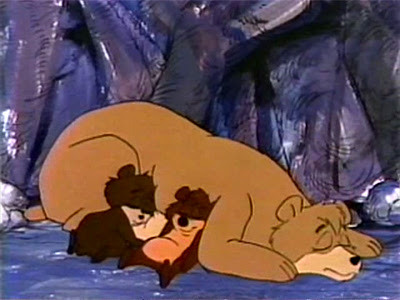 I often thought back to this special and wondered if I would ever know what it was, though I knew I would recognize it in an instant if fate was ever kind enough to cause me to stumble upon it once again. Then one extraordinary summer day, many years later, I was browsing used VHS tapes at a local thrift store. I suddenly came across the title, Santa and the Three Bears. While the cover art did not look quite like the animation in my memory, the title and description sounded exactly right. I took a chance, popped it in my VCR when I got home, and in an instant, was transported back to that winter afternoon in the late '80s with all the hope and wonder of a child. 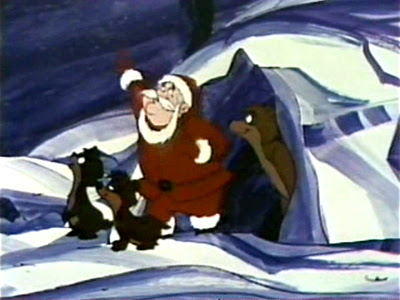