Welcome to Christmas in July: Animation Celebration!  July is the special time of the year that I turn the blog over to my readers.  All month long I'll be posting essays written by people eager to share their passion and memories for animated Christmas entertainments.  Isn't this fun?

Today we feature an essay about the 1970 Rankin/Bass Animagic TV special Santa Claus is Comin' to Town.  This essay was written by Jakki Hanna, the founder of the blog Tis the Season and the Yahoo group Christmas Movies and Music.  Proving herself in the quiz a few days ago on this blog, Jakki sure knows her Rankin/Bass. 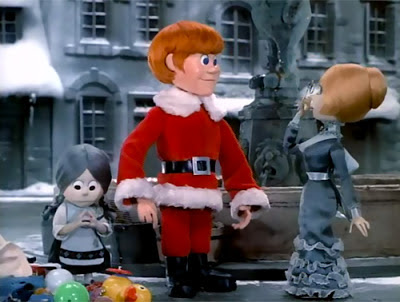 There is no other name more synonymous with Christmas specials than Rankin & Bass. They are responsible for producing some of the most beloved animated and stop motion featurettes of all-time. Even in an age of computer animation, the wonder of their 'Animagic', as they call it, is not lost on the imagination of children. I was such a child once myself and still remember, as if it were yesterday, the excitement of waiting for their specials to air each year, back when it was still considered a television event.


One of these beloved classics was Santa Claus Is Comin' To Town, released in 1970 and featuring the voice-acting talents of Fred Astaire (as Narrator) and Mickey Rooney (as Kris Kringle/Santa Claus). Though not quite as popular as Rudolph The Red-Nosed Reindeer or Frosty The Snowman, it was perhaps my favorite of them all. It told the story of the origins of Santa Claus and the development of many familiar traditions. How he was cared for by the elves as a baby, how he began making toys, why he wears a red suit, how he met and fell in love with Mrs. Claus, how the reindeer learned to fly and why he delivers toys on Christmas Eve. Along with these whimsical aspects, it also includes 2 villains who do all they can to stop the determined young Kris Kringle; the terrifying Winter Warlock, who eventually experiences a surprising transformation, and the mayor of Somber Town, the Burgermeister Meisterburger, a mere human of Grinchly proportions.


One thing that this special has in common with the tales of Rudolph and Frosty is that it is completely conceivable. As a child who whole-heartedly believed in Santa Claus, I fully accepted this as the actual story of Santa. It was unmatched by any other version, including The Life & Adventures of Santa Claus. Along with great storytelling, it also features a top-notch soundtrack with memorable songs such as the popular title track, 'Put One Foot In Front of the Other', 'If You Sit on my Lap Today' and 'The First Toymaker to the King'. 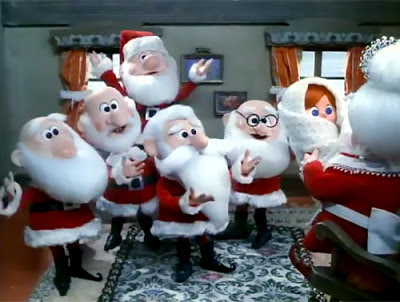 While the featurette is mostly blanketed in folklore, it does not step on the toes of those who consider Christmas a sacred religious holiday. In fact, it pays homage more than once to the significance of Christ's birth and how it correlates to Santa's story. Santa is ultimately a kind-hearted man who simply wants to spread joy to children through the act of generosity. And spread joy he has, for hundreds of years, as children continue to await that fateful visit each Christmas Eve. There are still so many lessons we can learn from this wonderful tale, as it continues to touch the hearts of all who watch it year after year. The saddest part of all is after the final refrain, as Fred Astaire's mail truck rides off to the North Pole to deliver letters to Santa, when that familiar Rankin & Bass logo and jingle pop up, letting us know the show is over until next year! 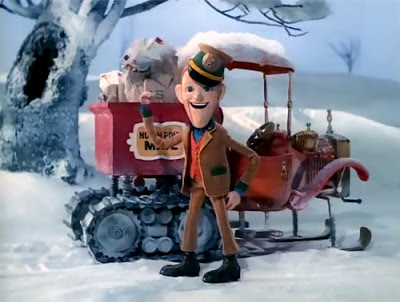