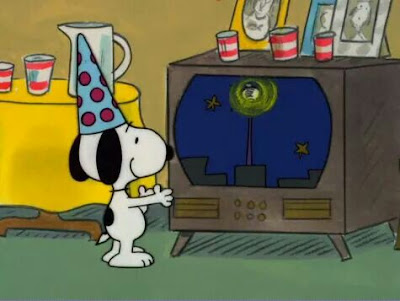 HAPPY NEW YEAR! Before I move on to new content in 2018, I thought I'd take a moment to reflect on the previous year. I collected the top five most popular essays from this website written in 2017. Several of these at the top were surprising to me--some were predictable. Did your favorite discussion from 2017 make the top five? I know I don't say it enough--THANK YOU for reading along. I wouldn't have a top five without you. Now, on to the list. 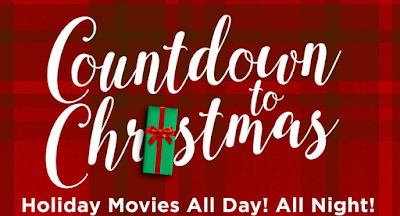 #5: Where to Watch Christmas TV Programs 2017
I already know that this essay I write each year is a popular one--that's why I continue to do it. But it was exciting to see it enter the top five this past year. I usually try to get it posted as early in November as possible. This is the collection of links to network websites and lists of new Christmas movies, specials and programming that airs each holiday season. Do you refer to the list? What could I do to make it more useful? 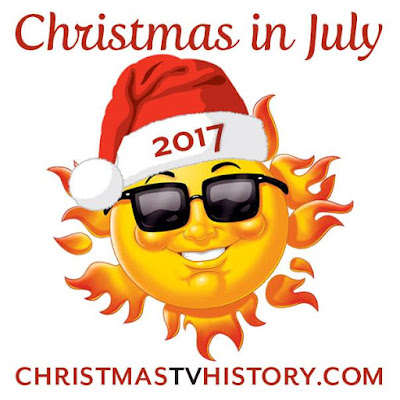 #4: Christmas in July Announcement
This is another essay in the top five that doesn't surprise me. The annual announcement for our Christmas in July party is regularly in the top five. This is where I introduce the mini-questionnaire and invite everyone to respond with their answers--which I reveal throughout the month of July. Here's the recap of July 2017's responses.

I'll announce this upcoming year's questions in June so keep an eye out for it. All are welcome to participate whether you're a regular reader, a casual TV fan, or just a curious passer-by. It's always a lot of fun.

#3: The Best Christmas Pageant Ever
The 1983 TV special starring Loretta Swit and Fairuza Balk has a charm all its own. Adapted from the popular book by Barbara Robinson, this hour-long program sweetly combines a difficult family in a small town with the staging of a Nativity pageant in its story. This pairing of the secular with the sacred goes a long way. Despite its age, the program is easily accessible.

#2: Peace on Earth cartoon
The 1939 animated short film entitled Peace on Earth casts a long shadow. Not only is the cartoon made by legendary animator Hugh Harmon but it was nominated for an Academy Award. Most memorable however is its post-apocalyptic story of the extinction of humankind by violence. Its shocking message makes viewers think about our current state and dwell upon the holiday message of "Peace on Earth."

Don't overlook my follow-up essay on the 1955 sequel Good Will to Men. It's a re-telling of the earlier story updated for a post-WWII audience. I love provocative entertainment! I'm glad you do too.

#1: Mary Tyler Moore Show's 1970 Christmas episode
The first season episode is a classic. Not only does it gather all our favorite characters together for the holidays but we see how important Mary's work friends were to her quality of life. This is another important acknowledgment by TV writers to the importance of friends as family during the holidays--a story element that has become commonplace for contemporary TV holiday viewing.

Do you remember reading each of these most popular entries in 2017? As I plan my upcoming schedule of reviews, do you have any requests?  Let me know in the comments below.

I was a little surprised by one of the essays from 2017 that received the fewest views of the year. It was my discussion of the 1986 Christmas episode of The Real Ghostbusters--the animated series inspired by the popular movie franchise. The story isn't a simple one. It plays off the familiar Charles Dickens tale by positing that the ghosts of Christmas Past, Present and Future are unknowingly captured by the Ghostbusters, an act that changes how we celebrate Christmas. That strikes me as incredibly ambitious for a 1980s children's cartoon series. It's not a simple adaptation of "A Christmas Carol"--it's more creative than that. As one of the most overlooked essays of 2017, I'm not quite sure what others think about it. Let me know if you give it a second glance.


Joanna Wilson is a TV researcher and book author specializing in Christmas entertainment. More about the episodes mentioned here can be found in her book "Tis the Season TV: the Encyclopedia of Christmas-themed Episodes, Specials, and Made-for-TV Movies." Her latest book "Triple Dog Dare: Watching--& Surviving--the 24-Hour Marathon of A Christmas Story" was released in 2016. Her books can be found at the publisher's website: 1701 press.com
Posted by Joanna at 10:00 AM