One of the exciting guests to attend next week's reunion is actor David Huddleston who played Sheriff Ep Bridges in The Homecoming.

Huddleston also appeared on The Waltons in the first season episode "The Literary Man" as the writer A.J. Covington.  He will be a wonderful addition to the reunion guests. 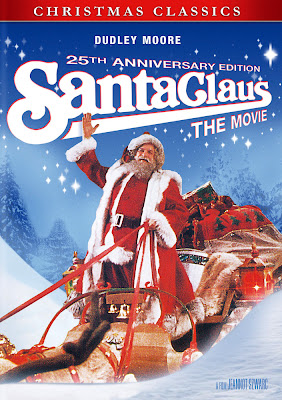 But Christmas movie fans may also recognize Huddleston from another role--as Santa himself in the 1985 theatrical release Santa Claus: The Movie, directed by Jeannot Szwarc.  This children's movie  begins with the ancient story of how a local toymaker becomes the mythological, magical Santa Claus.  The second half of the movie reveals a storyline about an ambitious elf named Patch, who modernizes toy manufacturing with a magical machine that reduces elf labor.  A set back causes him to leave the North Pole and journey to New York City to start again in a new place.  There, he’s exploited by an unscrupulous toy manufacturer named BZ, who wants to create profits for himself by replacing Santa’s freely given toys with purchasable ones from his factories.  An orphan boy  named Joe helps Santa become aware of poor Patch’s situation and BZ's commercialization of Christmas.

Though the film may move a bit slow for adult viewers, there is still much to be appreciated here.  The cast is chock full of recognizable actors:  of course, Huddleston makes a wonderful Santa Claus, and actress Judy Cornwell appears as his wife, Anya Claus.  Cornwell played Daisy on the British TV series Keeping Up Appearances, a staple britcom on most PBS stations.  She also appeared in the horror/thriller Whoever Slew Auntie Roo?  The elf Patch is played by Dudley Moore and the over-the-top, greedy businessman BZ is played by John Lithgow.  In much smaller roles, you may recognize Burgess Meredith as the powerful, ancient elf and Christopher Ryan--Eddy's ex-husband Marshall on the TV series Absolutely Fabulous--also plays an elf.  The animatronic reindeer used in the filming of the movie are also something to see. 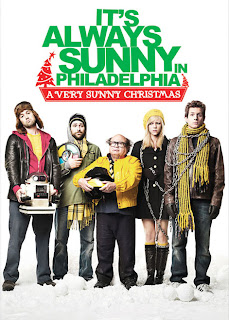 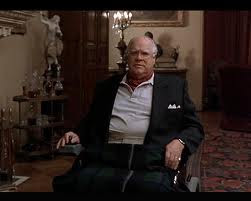 Huddleston also played Jeffrey Lebowski in the 1998 cult movie classic The Big Lebowski directed by Joel and Ethan Coen.  Don't forget:  I included a Christmas-themed Make Your Own Marathon for The Big Lebowski in my book The Christmas TV Companion.  I'm really looking forward to next week's Waltons reunion--will you be joining us?
Posted by Joanna at 4:23 PM

Email ThisBlogThis!Share to TwitterShare to FacebookShare to Pinterest
Labels: It's Always Sunny in Philadelphia, The Big Lebowski, The Homecoming, the Waltons