Just to catch you up:  I’m currently in New Jersey working towards Friday’s big event:  The 40th anniversary screening of the Christmas TV movie The Homecoming and the cast reunion of the TV series The Waltons.  I’m the red carpet host and the reunion cast’s panel discussion moderator.  This once-in-a-lifetime event takes place on Friday, December 2, 2011.  For more details: http://WaltonsHomecoming40th.com.  Have you seen the TV commercials for the event airing on GMC (Gospel Music Channel)?

Last Monday, I met up with actor David Huddleston and asked him a few questions about his role as Sheriff Ep Bridges in the TV movie The Homecoming.  Huddleston also appeared in The Waltons first season episode “The Literary Man” in which he plays the character A.J. Covington--a writer that passes through Walton’s Mountain offering John-Boy life lessons about how to become a writer.

Huddleston also spoke to me about his role as Santa in the 1985 theatrical release Santa Claus: The Movie and his cult status portraying Jeffrey Lebowski in the Coen Brothers’ classic film The Big Lebowski.  David is a generous and very humorous man.  I told him I was nervous speaking with him and he immediately put me at ease.  I look forward to seeing him again on Friday at the film screening and cast reunion.  Click here to re-visit my previous blog post about 1985’s Santa Claus: The Movie.

Manhattan is preparing for record-breaking crowds this evening because President Obama and the First Lady, his wife Michelle, are in town as well as Justin Bieber’s public appearance.  I’m excited to be a part of the Christmas chaos.

Today my recent radio interview with TV Confidential can be heard on the internet.  The interview is archived at http://TVConfidential.net  Check it out! 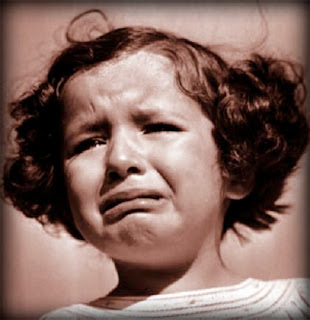 But my week here in New Jersey didn’t start off with such promise.  I flew into Newark airport very early Monday morning after having been up all night in order to catch my red-eye flight.  Before noon, I had locked myself out of my friend’s home where I had planned to stay!  I was without: any ID, my wallet, money, credit cards and my cell phone.  I was panicking.  I was unable to contact my friend and become reunited with my stuff for almost 24 hours--leaving me at the mercy of strangers for food, water and shelter--after having not slept the night before!  My problem solving skills were seriously compromised due to my lack of sleep.  I had appointments to keep and work commitments yet I was without any means to buy anything or call anyone!  I was also horribly embarrassed that I had made such a numb-skull mistake.

But I’m in a hotel now--where I can’t possibly get into that kind of trouble again and laughing about my misadventure.  I still can’t believe I made such a simple mistake that left me devastated for a whole day.  Luckily, there were very decent people that helped me when I needed it and what could have been even worse turned out fine in the end.  I’m eternally grateful to them.  I’m looking forward to Friday’s big event.

Have you ever been out of town and found yourself in trouble?  Have you ever seen the 1970 Jack Lemmon and Sandy Dennis movie The Out of Towners?  At least I didn't chip a tooth or lose my shoes.
Posted by Joanna at 1:36 PM

Email ThisBlogThis!Share to TwitterShare to FacebookShare to Pinterest
Labels: Christmas At Rockefeller Center, David Huddleston, The Big Lebowski, the Waltons