Among all the guests, actress Michael Learned will be there.  She played the role of the strong and loving mother, Olivia Walton, in the TV series. 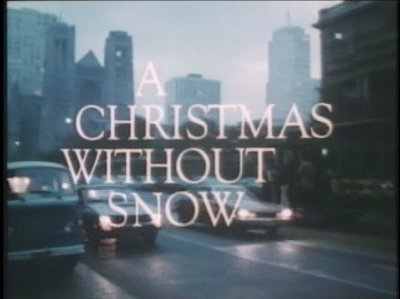 Among many roles on stage and screen, Michael Learned appeared in the 1980 TV movie A Christmas Without Snow, directed by John Korty. 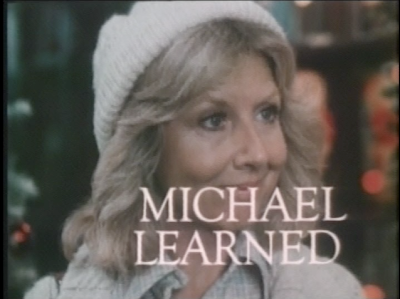 In this TV movie, a recently divorced woman from the Midwest (played by Learned) moves to San Francisco in order to start a new life.  While looking for stable employment, Zoe Jensen joins the local church choir and is inspired to become a part of the upcoming Christmas program.  The members of the choir quickly become her new friends.  Many of them face unexpected struggles in the months leading up to the holiday performance including the death of a woman’s husband after a long illness, the vandalism of the church’s pipe organ and the choir master suffers a minor stroke the week before Christmas.  Can the choir come together to perform the challenging Handel’s Messiah after so much drama in their lives?


Though the movie doesn't have action-filled sequences or any need for a laugh-track, the strength of this story is its sensitivity and subtlety of emotion.  This is a small story, like TV movies used to tell well--a story that attempts more complex emotions for adults and gentle inspiring moments that one appreciates when one is older, such as the satisfaction in helping others carry their heavy burdens, the feeling of being needed and the sense of accomplishment at a challenging job done well.  Since this movie is ultimately about a church choir, there is a fair amount of music heard during choir rehearsals--an enjoyable treat for viewers who treasure music at Christmas time.

If you'd like to watch this Christmas TV movie, it is fairly easy to find on discount Christmas DVD box sets.  It is also available for viewing at Internet Archive and Youtube.  (I'm sorry I couldn't embed it).

How many readers have already seen this TV movie?  Did you enjoy it?
Posted by Joanna at 6:44 PM

Email ThisBlogThis!Share to TwitterShare to FacebookShare to Pinterest
Labels: A Christmas Without Snow