Christmas TV Party 2015: Cathy at Curious as a Cathy


1) What Christmas program/movie have you seen more times than any other?
I think it has to be National Lampoon’s Christmas Vacation. We make a point to watch it at the beginning of December, and sometimes just before and we usually end up watching it again before the Christmas season is over. That movie is filled with hilarious, side-splitting comedy. 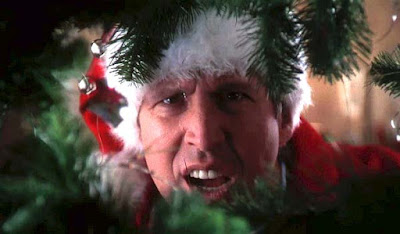 2) What is your favorite musical Christmas TV special, variety performance, or holiday song in a movie?
There aren’t many TV Christmas musical specials aired anymore it seems or none that I remember in recent years. That being said, I will have to go with my one of my favorite Christmas songs which debuted in the classic movie Holiday Inn (with Bing Crosby, Fred Astaire, & Marjorie Reynolds), White Christmas, but over all I prefer the film with same name over the debut release.  I love old movies, so both are winners in my book.


3) What's your favorite TV or movie adaptation of Dickens' A Christmas Carol?
This is easy for me. I prefer the classic B&W 1938 production staring Alastair Sim. They have been a few newer adaptions that are good, but none can top this old film.
4) What do you think is the worst Christmas program/movie--or your least favorite, the most disappointing or most overrated?
I really hated the movie Jingle All the Way with Arnold Schwarzenegger. The film focused on the absurd behavior of one dad trying to get his kid a toy that he should have gotten weeks in advance, but failed to do so until the 9th hour. It’s just crazy, stupid, and it gives other parents the right (or so they think) to do whatever it takes to get the prize so-to-speak. It sends the wrong message on so many levels that it’s just not funny.

5) If you were asked to give advice to a TV network executive in charge of holiday programming, what would you suggest?
There are two things I would suggest to TV executives. First, air classic Christmas movies and second, put together family oriented Christmas programs similar to Perry Como, Andy Williams, or The Osmond Family. There was something truly magical about those shows when I was a kid. The stage sitting was always gorgeous and the guest were fabulously delightful. You just don’t see much of this anymore.  Everyone likes a taste of nostalgia especially for the holidays because it brings back so many fond memories.