Christmas TV Party 2015: Johnny Holmes at 'Radio Once More' and 'The Holmsey Blog'

1) What Christmas program/movie have you seen more times than any other?


Well I Love Christmas TV programs, specials, and movies so much, and I've seen many of them numerous times.  However, I will choose the original (1947) Miracle on 34th Street with Edmund Gwenn, Maureen O'Hara, and Natalie Wood.  I never tire of this classic film, it's like a warm visit from an old friend.  I usually kick off the Holiday Season by watching this around Thanksgiving, and I'll watch it at least one or two times more before Christmas.  A wonderful, heart-warming film that appeals to the 'little kid' that is in each and every one of us!!!!! 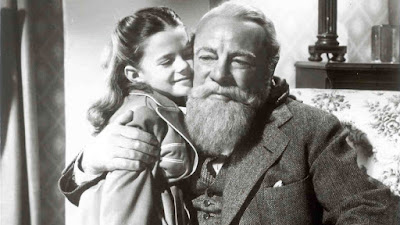 2) What is your favorite musical Christmas TV special, variety performance, or holiday song in a movie?
Christmas and music go so well together!!!!  Many of the great classic Christmas specials feature wonderful music.  I have a special love of many of the wonderful Rankin-Bass specials.  These timeless specials are filled with wonderful, entertaining, and uplifting music and (although there are so many great musical numbers in these Rankin-Bass specials) I have to give the nod to Santa Claus Is Comin' to Town.  This Christmas special features one of my very favorite musical numbers, "Put One Foot in Front of the Other", a delightful, fun, and upbeat musical number sung by Kris Kringle (Mickey Rooney) and Winter Warlock (Keenan Wynn).  This specific song is wonderful, and it can be enjoyed all year long.  The message in this number is powerful that it is never too late to change or improve ourselves and it (like any journey) begins with putting one foot in front of the other!!!  Many times during the year I find myself walking across the floor singing this memorable song!!! 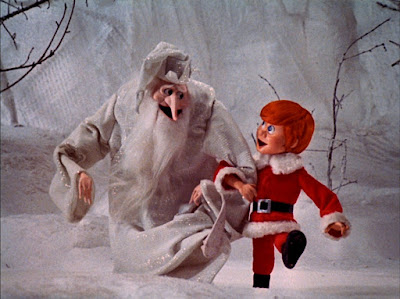 3) What's your favorite TV or movie adaptation of Dickens' A Christmas Carol?
My favorite version of  'A Christmas Carol' is the popular 1951 theatrical adaptation featuring Alastair Sim.  Sim's performance is so full of energy, and fun...especially when he "awakens" Christmas Day and his joyful, childlike demeanor fills the screen that is so touching and usually brings tears to my eyes.  I also have to mention another version that I was not aware of until Joanna Wilson mentioned it during her Christmas presentation at the Mid-Atlantic Nostalgia Convention in 2013.  That is the wonderful television adaptation from 1964, directed by Joseph L. Mankiewicz and written by the talented Rod Serling entitled A Carol for Another Christmas.  This is a very touching and very well acted special driving home the concept that we all need each other to survive.  Not only as individuals, but as a group of countries, we need to come together and put aside our differences and work together to solve our problems and strive to be a better world, a better race.....The Human Race.  Serling's script is so meaningful and still to this day hits that point that we still have much progress to make, and if we join together, we can achieve it together!!!!!!! 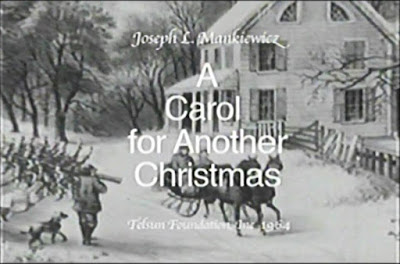 4) What do you think is the worst Christmas program/movie--or your least favorite, the most disappointing or most overrated?
As much as I love the 1947 version of Miracle on 34th Street, I am quite disappointed in the 1994 version of this film.  Although I am a big fan of John Hughes' work, I felt this version had too many changes, and didn't give me the same magical feeling as the original 1947 version (although this seems to be the case with most re-makes).  I did, however, enjoy the Made for TV version from 1973 starring Sebastian Cabot.  It was a showcase of 1970's TV stars and features a filmed record of the Macy's Thanksgiving Parade that I loved and cherished as a youngster growing up in the 1970's.

5) If you were asked to give advice to a TV network executive in charge of holiday programming, what would you suggest?
In this modern era of creating more splashy and spectacular programming, this type of programming philosophy (in my opinion) has made television quite overwhelming.  I believe that sometimes simpler, is better.  The simple, old-fashioned, family Christmas gives me the greatest satisfaction.  Perhaps this approach can be carried over to television.  The Andy Williams Show is a great example of this.  During a time when many TV shows were bringing on big name celebrities for their Christmas shows, Andy Williams brought on his family.  I particularly enjoy the Christmas episodes of this series featuring the Williams Brothers along with their parents.  Very simple....and very traditional and touching.  A very Happy and Merry Christmas in July to you all!!!!  Woo-Hoo!!!!!