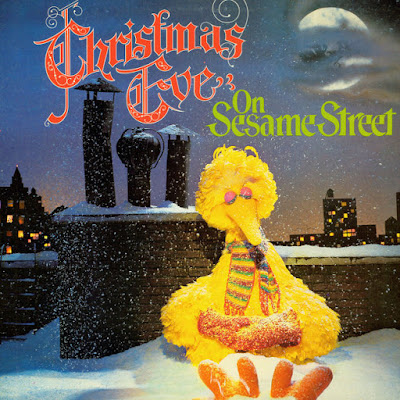 As a life long, die-hard Muppets fan it's hard to pick just one favorite Christmas production. The Christmas Carol movie is magnificent, Muppet Family Christmas is the Avengers of Muppet universes colliding and I've seen Emmet Otter more times than I could possibly remember. But I'll have to cast my vote for Christmas Eve on Sesame Street which I generally consider one of the finest hours of television ever produced. As a kid, I really liked how the special differentiated itself from the regular Sesame Street episodes by not cutting away to educational segments and just sticking to the events of Sesame Street residents on December 24. I also found the entire Cookie Monster storyline to be absolutely hilarious. As an adult, I still laugh at Cookie Monster and love Grover and Kermit's attempts to find out how Santa gets into our homes. I'm also a big fan of singing in sign language, which this special is in no short supply of!

I can't narrow down one decade that produced the bulk of my Christmas faves. Watching the celebration of the holiday evolve over the years is one of the joys of watching so much Christmas entertainment. From the post-war cheer of movies from the 40's, the tacky television studio variety specials of the 70's and the mass produced animated specials of the 80's - there's just something special about each decade's contribution to holiday entertainment.

For an appetizer: the 1964 "Christmas Flintstone" episode of The Flintstones
The main course is 1989's Ernest Saves Christmas
and dessert would be Mickey's Christmas Carol from 1982.


4) What Christmas episode, special or movie doesn't exist--that you wish did? Feel free to get creative.

I'm a huge fan of the Police Academy film series (1984-1989) and have always wished they would have done a Christmas installment.  Of course, at least one of the Police Academy gang would have went undercover as a Santa for one reason or another and there would be the obligatory chase scene at the end, this time involving a runaway sled and probably a herd of reindeer.

My contribution to this time capsule would be the 1978 television special Christmas at Walt Disney World which is not only another great example of 70's variety style television specials but the show also captures the Florida resort decked out in its holiday finest during its earliest years. This special features Phyllis Diller, the great Avery Schreiber and the mime team Shields & Yarnell - all of whom also belong in a time capsule themselves.