I’m British so we never really encountered SNL. As far as I am aware, it never really aired here, especially when I was growing up in the 90s. However, as a Xmas fanatic, I have spent a lot of time on YouTube looking for seasonal content and a lot of these include SNL clips! My favourite of the ones I’ve seen online has to be Vincent Price’s Christmas Special. I simply love Bill Hader and he does an amazing Vincent Price. On top of that, the contrast of old school horror and old school Christmas is brilliant and Kristen Wiig knocks it out the park as a manic Hepburn.  Although, I also can’t ever get the Wish It Was Xmas Today song out of my head after I hear it!

Honestly, I love all of it! However I get most excited about re-watching classic Christmas films and Christmas specials I remember from when I was young. For example, I always look forward to watching Home Alone and National Lampoon as they were two of my dad’s favourites, so we’d always watch them together. I’d also watch lots of British sitcoms with my family (we are British, so it makes sense!) so I love the Christmas specials of shows like The Royle Family, The Vicar of Dibley, Father Ted and Only Fools & Horses. 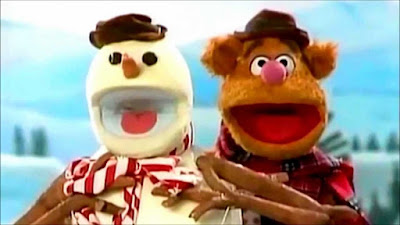 Again, I love sitcoms so I really like the crazy Christmas music in the likes of the Community Glee festive episode. I also have to rewatch the Muppet Family Christmas every year which has some great musical bits. Also I need to shout out for A Colbert Christmas and the music in Raymond Briggs' Father Christmas, which always takes me back to childhood.

Again, the British bias comes out in me as I’d love some reviews of classic British fare such as the aforementioned sitcoms or even specials such as Flint Street Nativity or Robbie the Reindeer!

I have found that a lot of recent Christmas episodes of television tend to shy away from going full Christmas, which makes me sad! They sometimes have it in the background or as a ‘setting’ but the story isn’t as Christmas focused as shows used to make it. This isn’t all shows but I’ve definitely noticed it more over the last couple of years. I do love the fact that there is just so much more however! With the increase in different channels, services, brands and companies, there are always LOADS of different Christmas things to check out and many ways to watch them!