1) Who's your favorite Santa Claus? (Beware: cheat answer to follow)

Since one of my main pop culture interests is crossovers (often through common actors), I can name a quartet who have somewhat dominated productions and have repeated the role several times: Charles Durning (appearing in It Nearly Wasn't Christmas, Mrs. Santa Claus, A Boyfriend for Christmas, Bleeding Hearts, and, the most important--for crossover purposes--Elmo Saves Christmas); Ed Asner (appearing in The Story of Santa Claus, Olive, the Other Reindeer, The Ellen Show, as well as appearing on episodes of The Ellen Show and Regular Show in Space, in the forthcoming Santa Files and Santa Stole Our Dog, and in both the cinematic and TV special versions of Elf; John Goodman (who, like Asner, has played the role both in live action and animation in Rudolph, the Red-Nosed Reindeer: The Movie, The Year Without a Santa Claus, and he was also "Robot Santa" on Futurama and the "Imaginary Santa" as well as the real Santa on SpongeBob); and the venerable Mickey Rooney (who was somewhat "the" voice of Santa for my childhood, having played the role in Santa Claus is Comin' to Town, the original The Year Without a Santa Claus, Rudolph & Frosty's Christmas in July, and, much more recently, The Happy Elf, Wreck the Halls, and A Miser Brothers' Christmas). With each of these, all the multiple appearances enhance their times in the role, and that adds to my love of them, but (and here's the cheat and my long-way-around answer), my favorite is probably actually Edmund Gwenn in Miracle on 34th Street. He avoids most of the easy tricks people use as Santa (particularly in deepening their voices to an almost echoing bellow), and his straight performance really enhances it and makes it feel that much more magical. 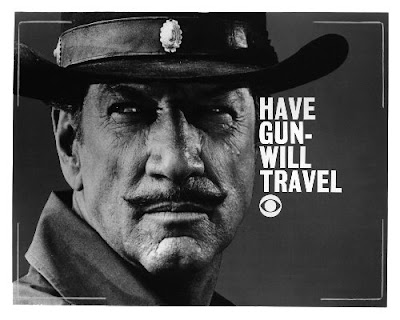 I'll cheat slightly again here with a tie or more:
1a. The original Touched by an Angel Christmas episode, "Fear Not," that offers a glorious ending that manages to kind of outshine its sentimentality with a sincere beauty.
1b. From The Twilight Zone, the episode "Five Characters in Search of an Exit" (narrowly ahead of the classic "Night of the Meek" and a little further ahead of the 1980s TZ "The Star," based on an Arthur C. Clarke story). This existential story has the Rod Serling twist at the end related to a Salvation Army Christmas toy drive and gives ways to rethink holiday expectations. It also evokes Pirandello's Six Characters in Search of an Author (in philosophical concepts beyond just the similar titles), a favorite play of mine.
1c. I debated naming one of the Doctor Who Christmas specials (which are basically episodes), and I have a soft spot for things like "The Christmas Present" on The Scarlet Pimpernel (when adventure shows paused to offer a holiday outing; I find far more episodes of sitcoms that acknowledge holidays), but I'm going to list "Be Not Forgetful of Strangers" from Have Gun--Will Travel. In this one, Paladin ends up in a packed saloon/inn on Christmas Eve and has to help a young couple (with the wife great with child) against an angry mob. Richard Boone, as always, is excellent as he tries to help the cowboys rediscover the Christmas spirit.

Honorable Mention:
A. From Radio, the Edgar Bergen/Charlie McCarthy episode in which Candace Bergen appeared as a little girl (this actually happened over a few years, with a repeat of some of the routines, but my family has long had a tradition of listening to an LP with this episode from 1951). Candy Bergen already had great comic timing, and her and Charlie's version of "A Visit from St. Nicholas" is a long-time favorite.
B. Not a full episode but just one installment: "Little Drummer Warners" from Animaniacs. This completely musical segment about visiting the Christ child in Bethlehem is a joyous moment that actually calms Yakko, Wakko, and Dot, and it actually changed my opinion about "Little Drummer Boy" (a song I had often found tedious before).

Year-round works for me, especially some of those rarer one-off episodes that are not shown all of the time. A little Christmas spirit helps move the year along.

Around the year, I watch DVDs, use YouTube or Netflix occasionally, or catch something broadcast if it happens to be shown. Around Christmas itself, I record things off the DVR as well as stream and watch my own DVDs.

5) If you were to be stranded on an island (maybe Christmas Island in the Indian Ocean!), what three Christmas movies, specials, or episodes would you like to have with you? (I'll be nice and not cheat, since you give me three, but, of course, this is tough)

1. It's a Wonderful Life--my father and I have been watching this together for over thirty-five years, and I still find new things when I watch it. While I know it has become a sort of cliché for some, there's just something special for me about it, and I think the acting is excellent with some of the great.
2. The Bishop's Wife--I came much later to this film, and I know many put its remake The Preacher's Wife ahead of it (though I think it's one of the few examples of an original and remake that stand on equal footing). There are fantastic performances here as well, and the triangle with Loretta Young, David Niven, and Cary Grant is nearly perfect for my eyes as a viewer.
3.  A Christmas Together with the Muppets & John Denver--here I debated the longest and did think about both A Muppet Family Christmas and A Muppet Christmas Carol (surely my fourth if I have to name one), but this 1970s special is one of my all-time favorite TV specials of any type. The songs as presented here became my standard version for years (Rowlf & John Denver's duet on "Have Yourself a Merry Little Christmas" is touching and subtle; the Electric Mayhem's "Little St. Nick" introduced me to the song; this rendition of "12 Days of Christmas" is definitive for me), and some favorites come from this special (Kermit's "The Christmas Wish" especially, alongside John Denver's "A Baby Just Like You," and even though "When the River Meets the Sea" originated with Emmett Otter, the album from this special became the version I knew the best). This is both the Muppets and John Denver at their absolute top.