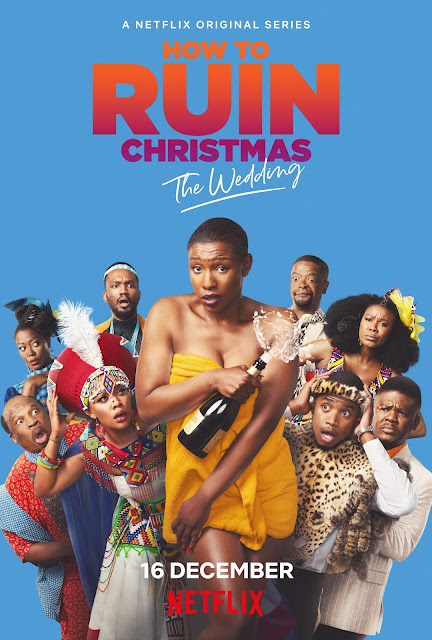 Happy Christmas in July! It's Day #29 of the Christmas in July party. All month long I'll be celebrating Christmas TV episodes, specials, and movies with a FUN IN THE SUN attitude. Expect a run of Christmas in July stories, tropical yuletides, and island themes. Just a little something different and a way for me to show off the diversity of holiday stories I've collected in the encyclopedia Tis the Season TV (the updated and expanded 2nd edition being released later this year).

Today's Christmas in July discussion is on the 2020 Netflix comedy series How to Ruin Christmas: The Wedding set in South Africa. The short series is three episodes long. (Although there are hints there will be more installments in the future!)

In the first episode "It’s Not What It Looks Like," Tumi arrives back in her hometown to attend her sister Beauty’s Christmas wedding. Things are not off to a strong start when her mother and family are critical of everything Tumi says and does. But when she drunkenly sleeps with a member of the groom’s family on the night before her sister’s ceremony, Tumi has no one to blame but herself.

In the second episode "I'll Handle This," Tumi’s best friend Khaya wants to acknowledge their past history and shared feelings but Tumi isn’t ready. Beauty’s wedding is called off by both sides of the family and then reinstated. But Beauty can’t move forward until she asks her father to walk her down the isle--the same man who abandoned her as a child. Tumi supports her sister’s wish and accompanies her to their father’s home but the visit doesn’t go as imagined. 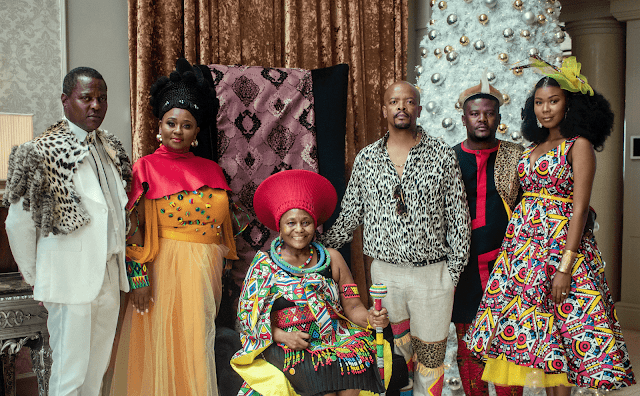 The wedding ceremony itself is a melding of traditional and contemporary African culture, as well as Western and South African tradition.

Viewers will have to wait until the third episode to see holiday decorations. This South African series isn't as saturated with Christmas content as a typical Hallmark movie yet it doesn't detract from the holiday story.

This was day #2 of Christmas stories set in Africa. Tomorrow's post will circle back to the start of our FUN IN THE SUN Christmas in July celebration.