Kiki has generously written about two Christmas episodes of the sci-fi series Roswell.  Anyone remember being addicted to this sci-fi teen romance series?  Roswell is currently streaming on Netflix and is available for viewing on DVD as well.  Merry Christmas in July!

When a special-genre TV series has a holiday special, I think there would be some unique circumstances that would make writing the episode difficult in a way. I’ve dealt with this a little writing paranormal holiday short stories, so I can only assume it would be the same with writing a TV episode.

First, you have to think about what constitutes a holiday special, what about the show has to be present to get the viewer into the holiday spirit? Second, you would have to consider how those holiday “things” could be placed appropriately into the genre of the series. I’m going to use the example of the Roswell TV series, a sci-fi, alien among us series with deep teenage romances and a complicated otherworld mythology that often translates into violent and dark themes of war and betrayal and a planet so damaged that the royalty must be hidden on another planet. How did they make their two Christmas episodes Christmas-y? 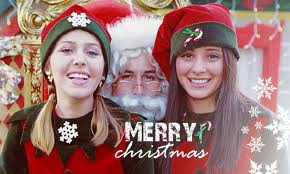 For me, one of the reasons I am addicted to holiday programming is how they depict more desirable qualities in the world, in our fellow man, over the holidays, more goodwill, more selflessness, more giving of oneself, more sharing on all levels, etc. I was thrilled to see in Roswell (a sci-fi television series about teenage aliens who live among us on earth) Season 2, Episode 10, "A Roswell Christmas Carol," these same qualities, especially since during Season 2, and a lot of Season 3, the show had become one where none of the established couples could get together. Honesty, I start to get frustrated with shows not only when the angst between the main coupled gets carried on far too long, but also when what splits them apart is more hurtful that most. For example, I’m good when it is a different species thing that keeps getting in the way, but with Roswell’s Second Season, the main character, Max’s heart literally gets broken to pieces when the main character, Liz, pretends to be with someone else in order to end the relationship for good. So, not being thrilled with that part of the storyline is how I got to the Christmas episode. I will admit the sap in me hoped that Max would find out his girlfriend had never been unfaithful, but that did not come to pass.

So, my big disappointment aside *giggles*, wanting that issue resolved as some kind of Christmas miracle, never happened. But, you still get miracles, and I’m talking the healing sick kids kind of miracles. In fact, you get those in both the second and third season Christmas episodes. Of course, this all happens as kind of a redemption thing, another Christmas show favorite theme. Max doesn’t save one man, so he goes on to redeem himself by saving a sick child. Thing is, with Roswell, each of these warm and fuzzy events come with very negative events, I guess in the spirit of A Christmas Carol (my personal favorite movie at Christmas time), you have a death to get to the redemption of another. Only, in A Christmas Carol, in the end, you get the boy healthy, a man’s soul redeemed; but in Roswell, you get Max being reminded in the end that he can’t be God, he can’t save them all, rather than leaving the audience to bask in the glow of the many he had saved. I likened this to if the original Christmas Carol would have ended with Scrooge carrying a now healthy Timmy through the streets, both all smiles, and a friend stops Scrooge to remind him that many other children are still sick these days, and he didn’t help them. I don’t know, that moment at the end of the episode, when you remind the hero that there is more to be helped, but he can’t do it, well that was a Christmas downer I didn’t need. So here you have a typical sci-fi theme which is hard to reconcile to the Christmas genre. Don’t get me wrong, I liked the show, but I just like the holiday shows for the spiritual uplifting they give us, the hope for this fallen world, and I didn’t like being reminded of any reality in the mist of it. Give me my moment LOL 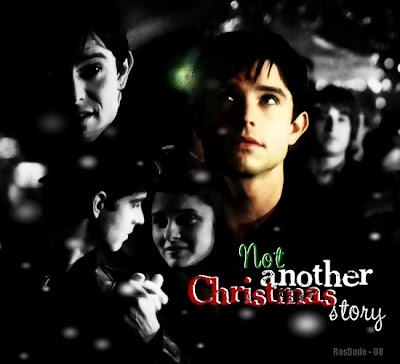 I did like the episode too, even if my couple didn’t mend their relationship. The final moments of the episode with carols being sung, and everyone seated together and happy at a church service was a nice moment. This brings me though to something else I rate holiday movies by, and that is scenery. This episode did have Christmas decorations everywhere, in every scene a Christmas tree and lights type of thing. The fact that they called Isabel the “Christmas Nazi” through both episodes lead to a lot of Christmas tree buying and decorating, plus there was present buying, Christmas meal preparations, etc. The best was the alien decorated Christmas tree though that is in the restaurant.

The Season 3 Christmas episode, "Samuel Rising," wasn’t as serious, it seemed to me. It had more of Isabel, the infamous Christmas Nazi, getting her friend to help her in her holiday charity efforts, and some lightly comedic moments when the couples, still apart, get to work together. There wasn’t as much of the alien theme in this episode, aside from the main character Max thinking his son on another planet was speaking to him through an autistic child. So here, in the end, Max helps the boy and his parents, uses his powers to just provide a selfless Christmas miracle. So with the absence of the alien plight of the show, it seemed lighter, easier to incorporate the Christmas stuff I crave.


Combining any genres comes with its pluses and minuses. I enjoy sci-fi shows like Roswell, and I am thrilled when they keep with the seasons I’m watching the show in. Any show in December, I want it holiday themed no matter what it is :)
Posted by Joanna at 2:24 PM