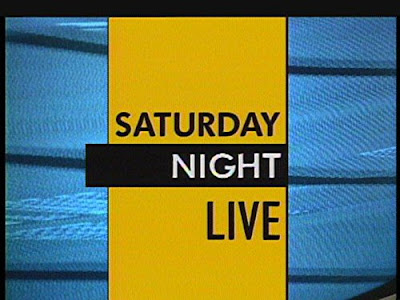 Merry Christmas in July! It is Day #5 in the month-long celebration of Christmas entertainment. As announced before, each day this month I will be sharing brief reminisces about Christmas TV episodes, specials, and movies with a IT'S A WONDERFUL SUMMER attitude. Yes--this month I'm sharing brief essays about TV adaptations of the 1946 movie "It's a Wonderful Life" along with TV programs with significant references to the movie. Just a little something different and a way for me to show off the diversity of holiday stories I've collected in the encyclopedia Tis the Season TV (the updated and expanded 2nd edition being released soon).

Today's discussion is on the Saturday Night Live parody sketch known as "The Lost Ending of 'It's a Wonderful Life'" that was first broadcast in 1986 in the episode hosted by William Shatner, with musical guest Lone Justice. The sketch was rebroadcast numerous times, including in the "Best of SNL Christmas" prime time holiday specials of 1992, 1999, 2002, and 2009. 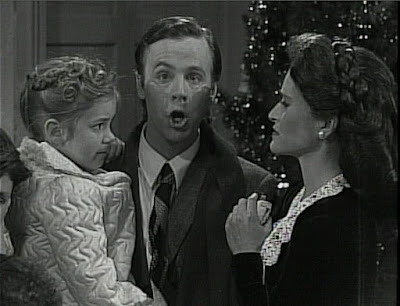 The season 12, black-and-white sketch "The Lost Ending of 'It's a Wonderful Life'" suggests a "forgotten" alternative filmed ending to the 1946 holiday movie. Here, the residents of Bedford Falls discover Mr. Potter’s deception about finding Uncle Billy’s money and they give Potter his due. The comedy here is seeing George Bailey, Mary Bailey, and the others delivering ridiculously violent vengeance. This "Lost Ending" completely contradicts the feel-good, spiritually uplifting ending we all know so well but also pokes fun at how satisfying it feels to see Mr. Potter experience some painful consequences from the community he exploits.